Why daddy’s hugs are so important

Yes, fathers of today can show tenderness towards their children, without fear that that would tarnish their alleged “virility” (largely fantasized). And in this relationship to the child, hugs count. We explain to you why.

This is a whole new study that teaches us, but that only half surprises us: the hugs of dads are as important for the well-being of the child as those of his mom. According to research carried out by the Vrije Universiteit Brussel (a Brussels university), in collaboration with the University of Liverpool, physical contact between the father and his child is completely beneficial for his development.

Behind this experience, a desire expressed by research director Martine Van Puyvelde: “We want to encourage dads to be more active in the care and attention given to their baby. Now fathers are more invested, but there is another gap to be filled vis-à-vis mothers “. It is true that for a whole new generation of dads, the hug matters.

And they are right to think so.

New fathers have nothing against hugs

In the state of Virginia, for example, the hug is king. There, fathers of families take courses to learn how to embrace their children, as detailed in this report . American dads of Korean origin, who during their early youth were (really) not used to this kind of affection from their paternal. Above all, the father symbolized authority, miserly in speech (and sometimes quite simply in the presence). During the practical workshops of the Duranno Father School, these anonymous thirties and quadras (and sometimes septuagenarians!) Understand that they can be “more loving and applied” fathers. Even if it means twisting the arm to certain prejudices sketching the “pater familias” in a distant and insensitive silhouette.

In what looks almost like group therapy, you don’t hug the ultimate solution, no. But we take the opportunity to debate in a round table way what it crystallizes: the possibility of a more open education, the importance of communicating freely with his children and of engaging the father in this relationship .

And this “relationship” precisely, there are many voices advocating its virtues today. On the side of the specialized journal Psychologies, the neuropsychologist Céline Rivière insists on the physical benefits of this more complex gesture than it seems. According to the author of Cuddling – A prescription for happiness , the cuddle releases oxytocin, a hormone that has the effect of an immediate feeling of “appeasement and well being” (this hormone is also secreted by the body of women during childbirth).

When his father embraces him, the child thus feels less anxious. Safe, confident. And that is why it would be necessary to embrace the child “from the first seconds of his life”, specifies the specialist, who sees there the pure expression of “benevolence”. Benevolent, the “new fathers” described by the sociologist Christine Castelain-Meunier in her work L’Instinct paternel (Larousse editions) are. They question the virile stereotypes and, practicing to lighten the mental load of their spouse, get involved in the tasks of the home. And in the development of the child. Research director Martine Van Puyvelde deplores this following her experience: men very often leave this implication to the mother because “they think that she has a privileged physiological link with the little one, due to pregnancy”. However, “the paternal instinct” exists. And it has something to do with tenderness.

The power of hugs

This is what strives to demonstrate by an anonymous father who, on the blog where he relates his daily life, lingers on “the power of paternal hugs”. According to him, the hug is one of those little things in everyday life that we all too often underestimate the importance – and there are lots of little things when you’re a dad. For example, he tells us, his little daughter loves to undo her shoelaces when he comes home from work. One evening, he undid his shoes without warning, and his child immediately expressed his dismay: unlacing his father’s shoes was a gesture rich in meaning for her, a kind of interaction and a sign of primordial affection. . Ditto for the embraces,

According to the intensity of the recurring hugs that his son gives him, the blogger now understands when the latter “does not feel well”, that he is “in trouble” or even “that he is afraid”. The hugs have not just become as ritual as the story told on the corner of the pillow, they constitute for this dad a real emotional language. “A hug is worth more than a thousand words,” assures us the editor.

These warm embraces are synonymous with proximity and respect. This connection between a father and his children clearly shows that, no, they do not have “a privileged physiological link with their mothers”, and that this relationship can be “shared” within the couple by natural signs. “Give your son or daughter a hug and you will be amazed at his power”, concludes this dad with enthusiasm like the others.

And like him, there are many who praise these virtues, from “cool feminist dads” who invade your Instagram feed to hugs-friendly bloggers . On the Babble Dad website side ,one of them dwells on the value of the father’s “goodnight kiss” – the one he shoots at his children when the fires go out. Her father, says the blogger, cuddled her on “very rare” occasions and preferred to keep a certain physical distance. As a child, it always seemed odd to him to say “I love you” before turning off his bedside lamp. This is why today, having become a father himself, the blogger practices shaking up these “deeply rigid habits”, a story that his children do not experience the same thing. He no longer wants to feel embarrassed by “the manifestation of [his] feelings” as a father. A malaise that belongs rather to another generation.

And that perhaps we should relegate for good to oblivion, just to revive what a hug between a father and his children causes. That is to say, as neuropsychologist Céline Rivière still states, “a state of calm and fullness”. What more ? 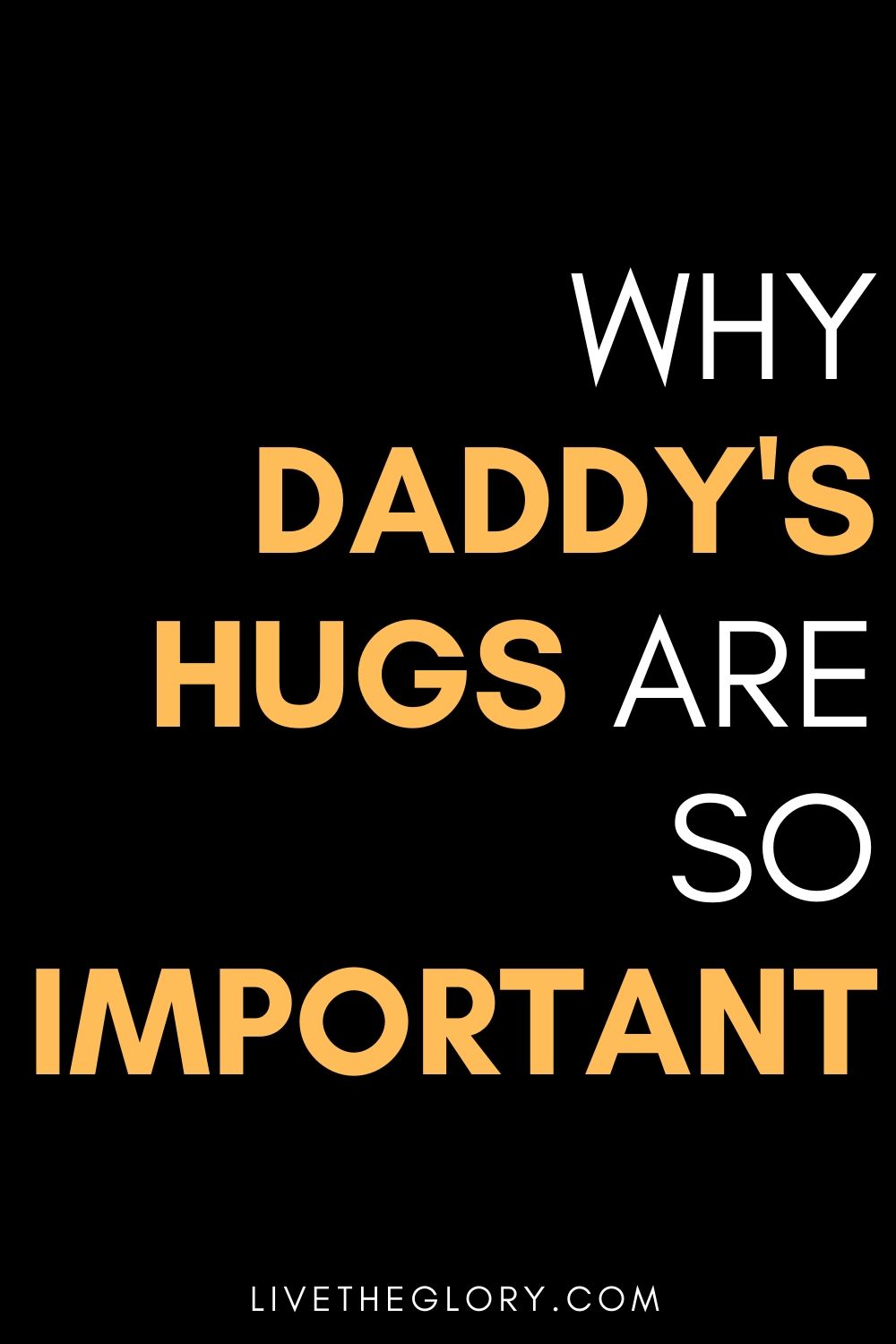