This Niçoise swings a hilarious ad to find love

To find love, everyone has their own method. That of this thirty-year-old from Nice is as original as it is funny. Hoping that her future soulmate falls on her and that the charm operates.

Louise Faustinien is a single thirty-something living in Nice. And like many singles, she would like to find love, except that to achieve it, she found a new method: launch a chain by email, in the form of an ad. Indeed, Louise sent an email to all her contacts asking them to circulate the content of her message to their contacts who will, in turn, send it to their address book, hoping that this process multiplies her chances of finding a soulmate. And not content with launching a new concept in love research and giving a real purpose to email chains, the young thirty-something is very funny. Selected pieces of his heart mail revealed by the Nice-Matin site :

” So here it is, for those who ignore it: I’m looking for a man!
Not a husband, not an asshole, but someone to share things with (as long as it’s not my dessert).
I want to ‘a person with whom to exchange views, pleasures, microbes. “

“After all, when I see that my most annoying friends have managed to settle down (hey, you will never know who I am talking about …!) I tell myself that there is necessarily somewhere a sensitive being who m “Wait.
Maybe he’s looking for me right now. So, to help him find me, I figured I was going to use you!”

And rather than just waiting for love to (finally) tip its nose, or looking for it through dating sites, Louise chose to use the theory of six degrees of separation:

“Because after all, if according to the theory of six degrees of separation I am less than six handshakes from Obama (3 in fact, but it’s too simple as a game when you’re in a political environment ), there is no reason why I should be further from the man of my life (or even from the man of 2017 eh, one step after another).
The idea is therefore that you transfer the ad below to all your acquaintances (thank you to avoid the twisted!! Single guys, of course, married too (if they are Robert Downey Jr !!)), but also girls who may know to be someone who knows someone who knows … “

Then let’s move on to the criteria she looks for in a man :

“I am looking for a sensitive, charming, funny man, who wants to travel but also to enjoy the little things of everyday life. A man who loves music, concerts and the theater.
Ah yes, IMPORTANT: I ​​am attracted by the men of power: men who CAN admit their share of femininity, who CAN do the dishes, who CAN admit they are wrong (or at least I’m always right)! “

“You will be my real estate agents from the heart”

Bursting with humor, derision and having, it seems, thought of everything, the Nicoise then imagines the speech that the recipients of her email will have to declaim to “sell” it to their contacts:

“As a link to strangers, you will be my real estate agents at heart:” Yes, then I have an unusual product to present to you. I warn you, it’s amazing, but you have to project yourself. So wait … I’ll show you … Here it is: well, it’s spacious, maybe it lacks a bit of maintenance, but you can’t deny that it still has character. You have to imagine after work and furnished: a good anti-wrinkle cream for the floor, a little liposuction lower – I know two Romanians who can do this for you cheaply – and frankly I assure you that it is a case. Okay, it’s boring work, but it’s also the reason why it’s a business! “

The young woman still has a clear idea of ​​the qualities of the man she would like to see share her life:

“Far be it from me to demand physical criteria, but it is certain that, given my good eighty-five meter, it is better that it is not too small, or in any case that it doesn’t ‘have no complex to walk next to a giant follower of high heels.

On the character side, he must like to discuss, or at least listen, and be able to debate everything.
Yes, of EVERYTHING! Divergent theories from that of Evolution, the adequate proportion of dark chocolate in the cover of the millionaire’s shortbread, the presence of a spirit on the ground floor of the chalet, the appropriate choice between orange and coral for the nails feet, science fiction, the threat of robots (and the place of humanoids), making love, the intelligence of cats, the future of humanity, of God, of death, of love, the possibility of an island. “

Louise in a few lines

Louise Faustinien ends her email by describing herself in a few lines:

“Young thirties, active, follower of pretty bras but without panties, witty and good alive looking for faithful and sincere friend, loving the life for two and the strong feelings”.

Then, she resumes and dissects what there is to detect between the lines of her message of presentation to avoid to her potential admirers any unpleasant surprise:

“Young [must be dreamed] thirties [but must be honest] , active [I have a job but it can also make me believe that I am athletic] , follower of pretty bras [because it can make believe that I have chest while making me think that I would not be a horrible feminist!] but without panties [good ben to tease him a little, and especially so that he thinks he can wear it] , spiritual [ah well that’s sure i have more spirit than body!] and good living [well round what] looking for faithful friend [it doesn’t cost much to remember] and sincere, loving life for two[deliberately misleading formulation which will allow me to answer “ah well that I said I was depressed”] and the thrills [like the roller coaster / cold showers] “.

Suddenly, she rewrites us her ad, no frills this time, and it’s much funnier like this:

Finally, aware that it is difficult to find someone who meets all the requisite qualities, she claims that after all it is more than one: ” We know that we are all imperfect. If it can already be clean… “

Good player, she specifies in Postscript that ” all the people included in the ” winning line ” will receive a homemade gourmet basket!”.

We, therefore, hope that readers corresponding to his expectations – that is to say good guys who take showers regularly – come across this mail and contact Louise. And if it is through Terrafemina that you get to know him, thank you for telling him about the gourmet reward basket. 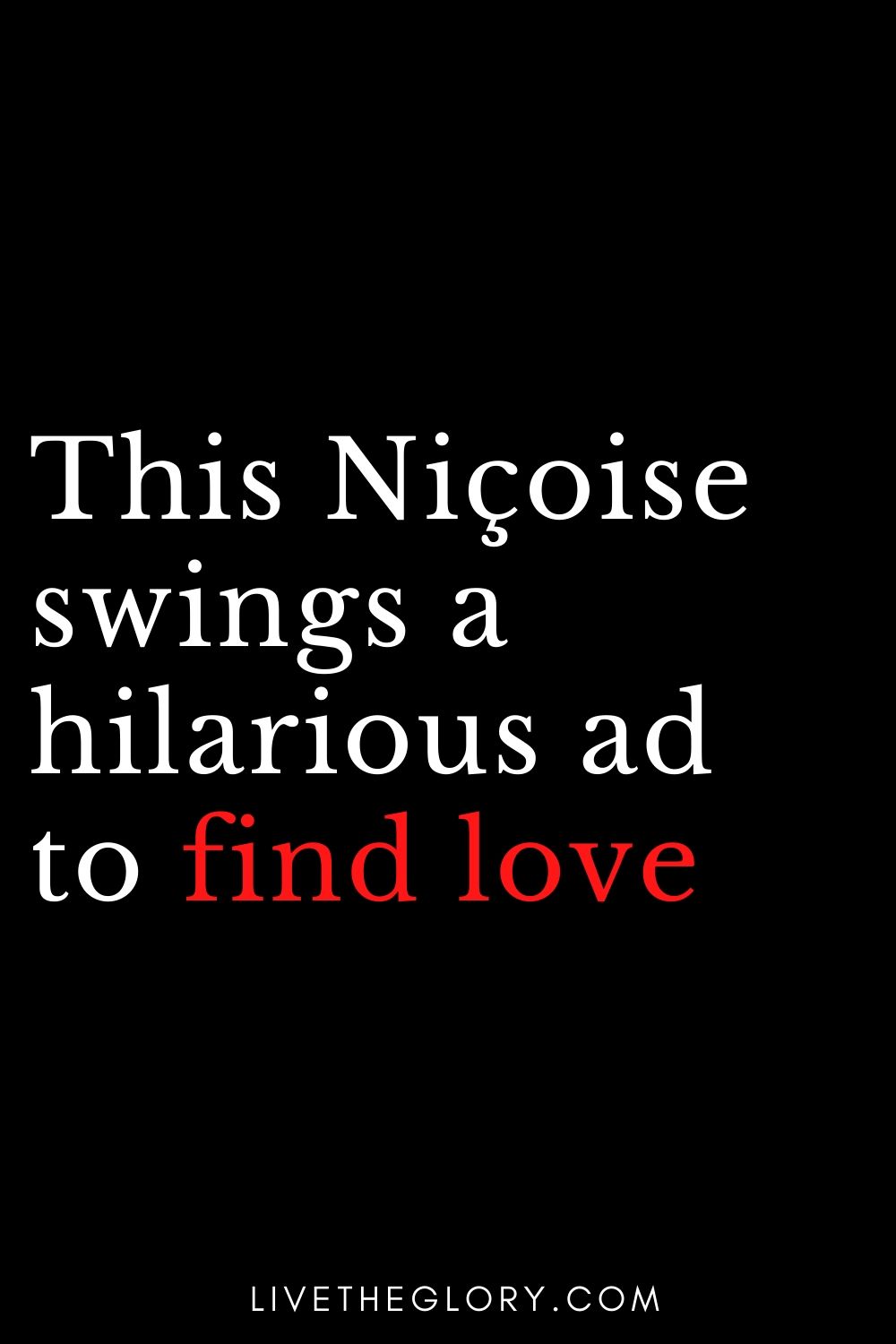