The craziest things you did for love

The craziest things you did for love

I took a return ticket Paris-London the same day just to be able to see it for a few hours.

2 / I left everything when I had only seen him once: Camille – 29 years old

I returned to my Paris apartment, left my job, and took a simple plane ticket to join him in Guadeloupe to live with him when we had only seen each other once. I don’t know how to explain it, I knew he was the right one.

I made a big bank transfer to help her when we weren’t even together anymore. A week later, I had no news.

I wrote her a letter a day for three months. Indeed, before going on a military mission for 3 months, I decided to write him a letter a day. The day I left, I gave them to him. So every day, she felt like she was with me a bit.

I forgave and tried to resume our couple life after he left to live with his mistress.

I learned to speak Russian. Yes Yes! My darling being Russian, I took two years of an intensive course, today I hold almost any conversation in Russian!

I sold my vinyl collection and asked my friends to lend me money to take a plane ticket to Canada to join him when he was in Erasmus. (Nice bullshit by the way because when I arrived there by surprise, I discovered that he had met someone else!)

One day when we got angry, I got so sick to my heart that I couldn’t bring myself to leave. So I slept on his doormat. I think it was good for me because when I opened the door the next day, she hugged me crying and everything was forgotten. Today, we still laugh at this story!

I created a treasure hunt, in his building with post-it notes on the stairs… He had to go through the manager of the brewery downstairs, and join me in a restaurant in the end. I carried myself around with a cardboard sign, writing on it: I love you. I landed in front of his job to wait for him. He then kept the sign in his room as a souvenir!

I stole a car, crossed a border and drove 900km without a license at 16 to find him 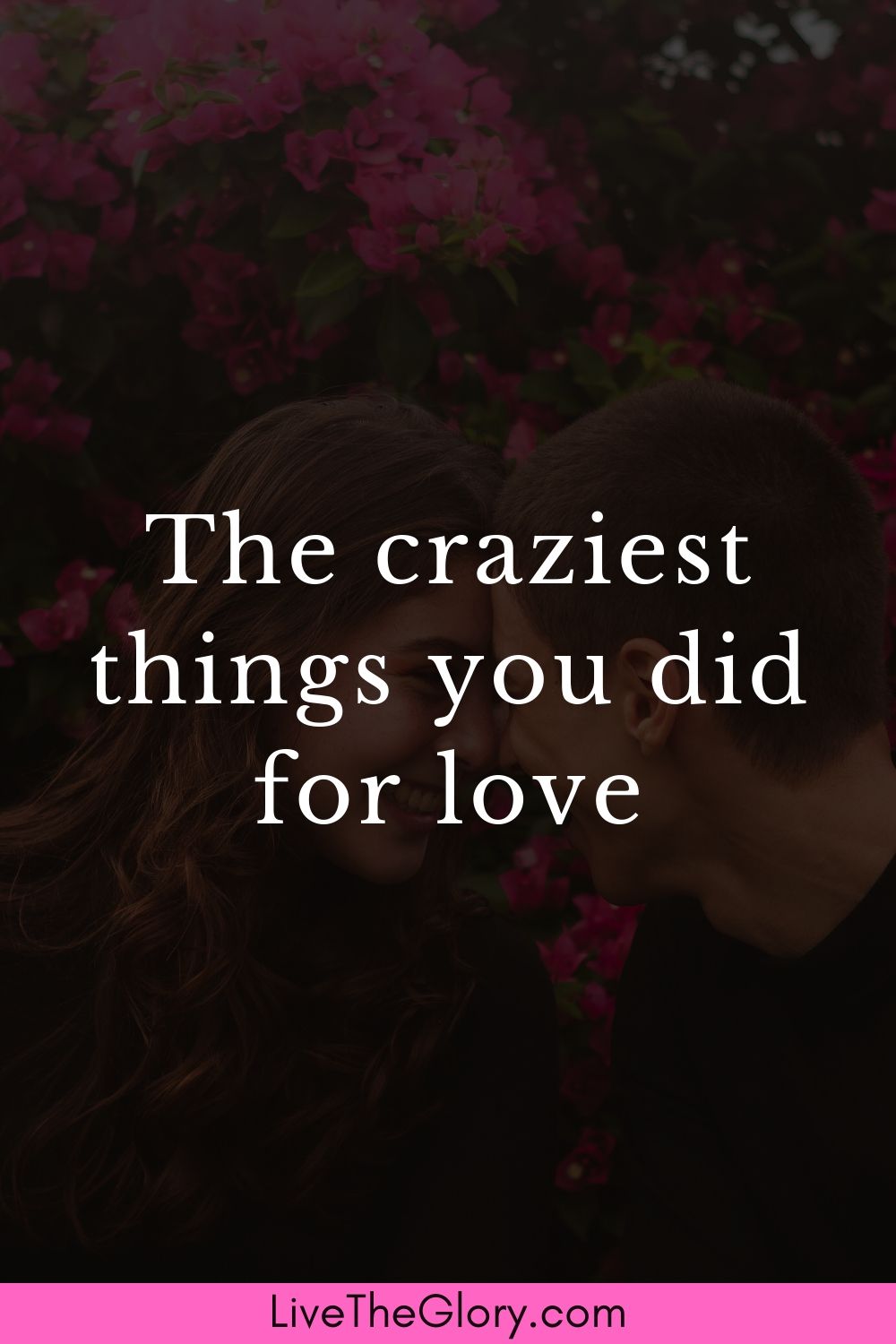