A break can hurt a lot. To assess the pain that separation can cause women and men, a team of researchers has carried out a very revealing survey, which reveals sometimes surprising figures.

When we have to face a difficult break, we always wonder if the other person suffers as much as we do. A very natural reaction, which turns out to be much more complex to analyze than one might think. Binghamton University in the United States and London College looked into the matter and ultimately determined that it would be men who would suffer the most from separation. The findings of their study were published in the journal Evolutionary Behavioral Sciences .

Often underestimated by others, the pain you feel when facing a breakup can be truly devastating. For the psychologist Lisa Letessier , 50% of attempted suicides were listed elsewhere related to this unique pattern. And contrary to popular belief, women would therefore be much more equipped to face this kind of situation. Thanks to a panel of 5,705 volunteers from 96 different countries, the researchers were able to assess the emotional and physical pain (on a scale of 1 to 10) of both s exes (all se xual orientations combined).

If the moral pain is pretty much the same for women and men (6.84 versus 6.58), the degree of physical suffering marks the gap a little more, since women would rate it on average at 4.21 against 3.75 in men. Figures not frankly surprising and yet …

Rupture: a feminine will

Still according to this very serious survey, women would recover much better for several reasons. First, because they are mainly responsible for the separation. 47% of them would therefore be responsible for the breakup, compared to 28% for men , the remaining 25% corresponding to a mutual initiative.

So why do women end their love story? In the first place because of a cruel lack of communication within their couple , but not only.

Unconsciously, women would simply have more to lose than men, because they invest much more in the relationship, according to anthropologist Craig Morris of the University of Binghamton: “To put it simply, women are led to invest a lot more in a relationship than a man. A brief romantic encounter can lead to nine months of pregnancy. “

More attentive to the choice of their partner, women would also learn more from a sentimental failure than men. If they suffer more at the time of separation, they then come out stronger and would even learn “the lesson”. For their part, men would find it extremely difficult to recover because they would simply take more time to realize what they have lost: “Man will probably feel the loss more deeply and this for a long period during which he will try to replace what he has lost, and worse, he will realize that his loss is irreplaceable . “ 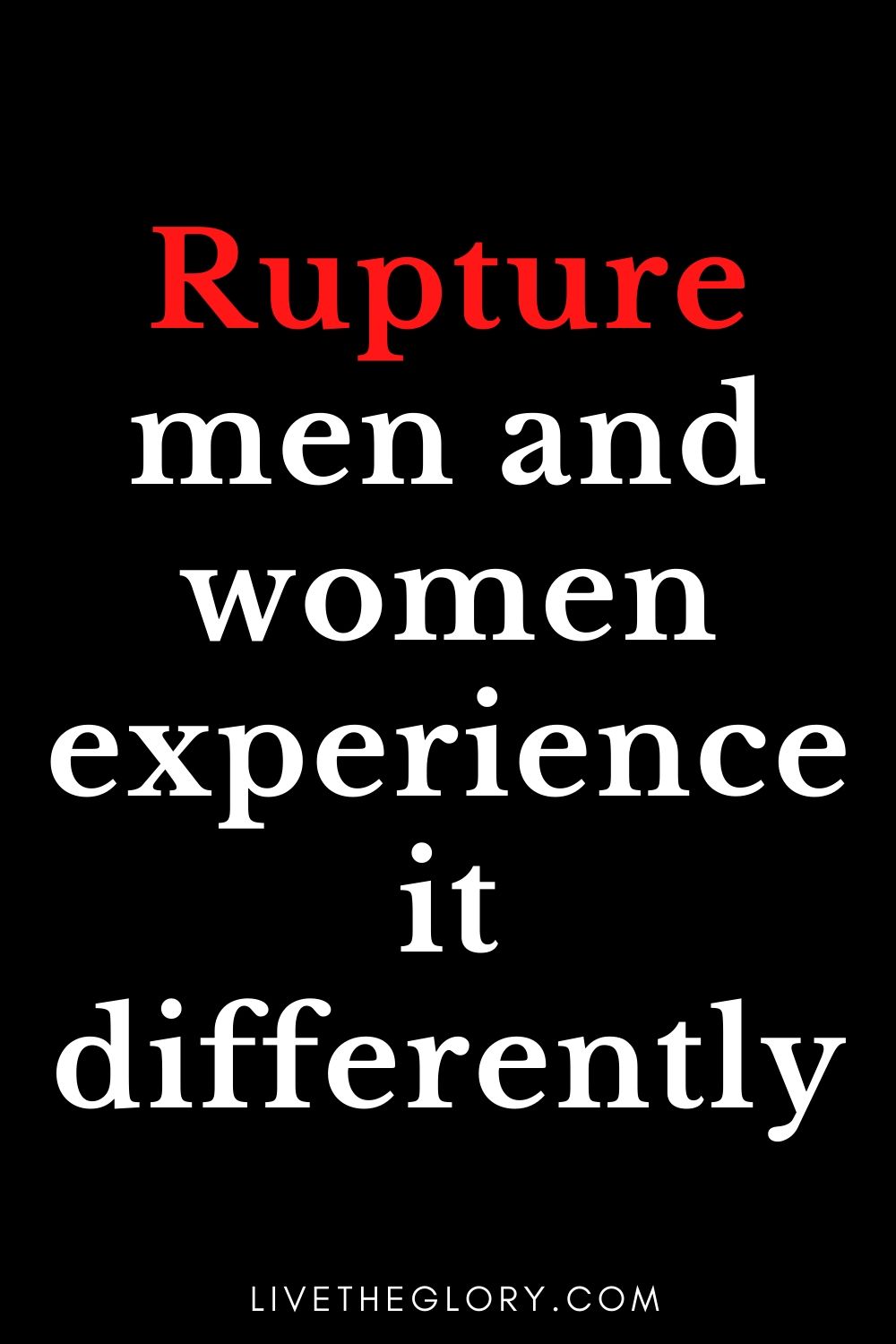