How to make him forget his Ex?

All guys have an Ex. As much ex-adventures have no importance. As much as THE Ex, it bothers us. We feel constantly in competition with this past relationship. It puts pressure on us.

The Ex may be a real brake on an emerging relationship. Not easy to find its place in the middle of memories ( idealized by time ), of his presence ( justified by friendship ), of Jules’ speech ( which fills us with his beautiful memories ).

How to manage our guy’s Ex? Manual.

Before even trying to make him forget his Ex, you have to know if it’s possible. It’s playable if you’re not the girlfriend-kleenex.

The girlfriend-kleenex is the post-rupture girlfriend used to fill the void that the previous story left. Basically, a stopgap in love.

We also talk about rebound girl.

Ruptures are often difficult. Perhaps more for men than for women.

From observation, men attach less easily, but with more force. And when the story ends, it is rare for them to talk about their emotional pains with friends. They try to be strong ( to appear, anyway ).

As a result, they bite, crack, and use replacement girlfriends to seal the wounds.

( Note: women also use rebounds, huh. Let the one who has never had a guy-kleenex, throw me the first handkerchief).

He misses his Ex. He can’t forget it. He transcribes his past history on you. In your arms, she is thinking of her. What he likes about you are the common points that you have with her and the little habits of a couple that he can perpetuate.

Your relationship empties his head, failing to fill his heart. He will not fall in love. You are a transition. Even if it lasts a long time.

I have seen transitions exceed a year.

Am I a transitional girl?

If you answer these questions honestly, you will have your answer.

In this case, two solutions:

( Note: If he calls you by his Ex’s first name, that’s not a bad thing. Contrary to what you might think. The slip simply means that he leaves you a place that his Ex used to occupy before That of girlfriend. Was not going to thank him, but a scene is contraindicated.)

What place to leave to his Ex?

OK, your guy has turned the page.

He is no longer in love with his Ex. All the same, he talks to you about it a lot, he talks about his memories with you, he calls her from time to time, would like to drink a coffee with her and his family liked him.

In short, she has an important place in her life and you don’t know how to deal with it.

I pass on common children. The good word of both parents is important. You are the new girlfriend, making a place for yourself is necessarily difficult. Do not expect him to break the bonds with the mother of his children for you. Kids first.

1. Blackmail: Ask her to choose, it’s her or you. He should burn letters, photos, no longer contact her… Because it is with YOU that he is now. You will then prove to him, by A + B, that this woman is a manipulative bitch (it may be true). Maybe he will choose you.

BUT you will have taken on the role of the bad guy, disappointing these feelings. And, you will give him every reason to love him again. There is nothing better to ignite a passion than to ban it.

So we swallow his hatred, however, justified it may be. If he thinks you have to choose, he will do it without you.

2. Jealousy: You can make him jealous so that he understands the harm he is doing to you. You will talk in the loop about this work colleague or your Ex. Your goal, to make him enter a frenzied rage before sending him back to his own behavior. Maybe he will feel guilty.

BUT, you are more likely to chain arguments, to pass for an easy tease/girl (or any misogynistic bird name meaning that you are supposed to wear a chastity cage on your desire because you are a woman), and by to break up. It’s not what you want.

So, we swallow our desires of revenge, however, justified they may be. Jealousy leads to nothing.

3. Break the figure to his Ex. Yes, it relieves. Yes, she deserves it (she’s a manipulative bitch, let’s not forget).

BUT, it’s WRONG. Especially if you are less muscular than her. A cockade, will not help you to seduce your guy.

Dialog.
Tell Doudou that you don’t like him continuing to see his Ex (without asking him to choose), that it worries you and that you will appreciate, during the first months of your relationship, that they don’t have coffee together. Leave him the final choice.

Set limits.
Yes, he had a great story. Yes, if he tells you about it, it’s because he trusts you. However, you have the feeling of having to do better than it, of being in competition. Let them know that you respect their past, but that you may not be the right person to talk to about it.

Leave him a place.
You are someone different, you are building a different story. His past belongs to him, you are not looking to rob him. If he did things for her that he doesn’t do for you, it’s because he just changed. He will have attention for you that he did not have for her. Admit that he keeps photos, memories, and letters, but in a box rather than on the bedside table.

Defend it.
Female solidarity. He explains a situation to you, you are of the opinion of his Ex, say it. Calmly explain to her that, for once, she may be right. And add a nuance, you would have done things differently.

OK, that’s a little bit of manipulation. So what? If it is for the Love and the peace of the households, all the blows are allowed.

And you, how do you manage with your boyfriend’s Exs? Have you ever been a girlfriend-kleenex? 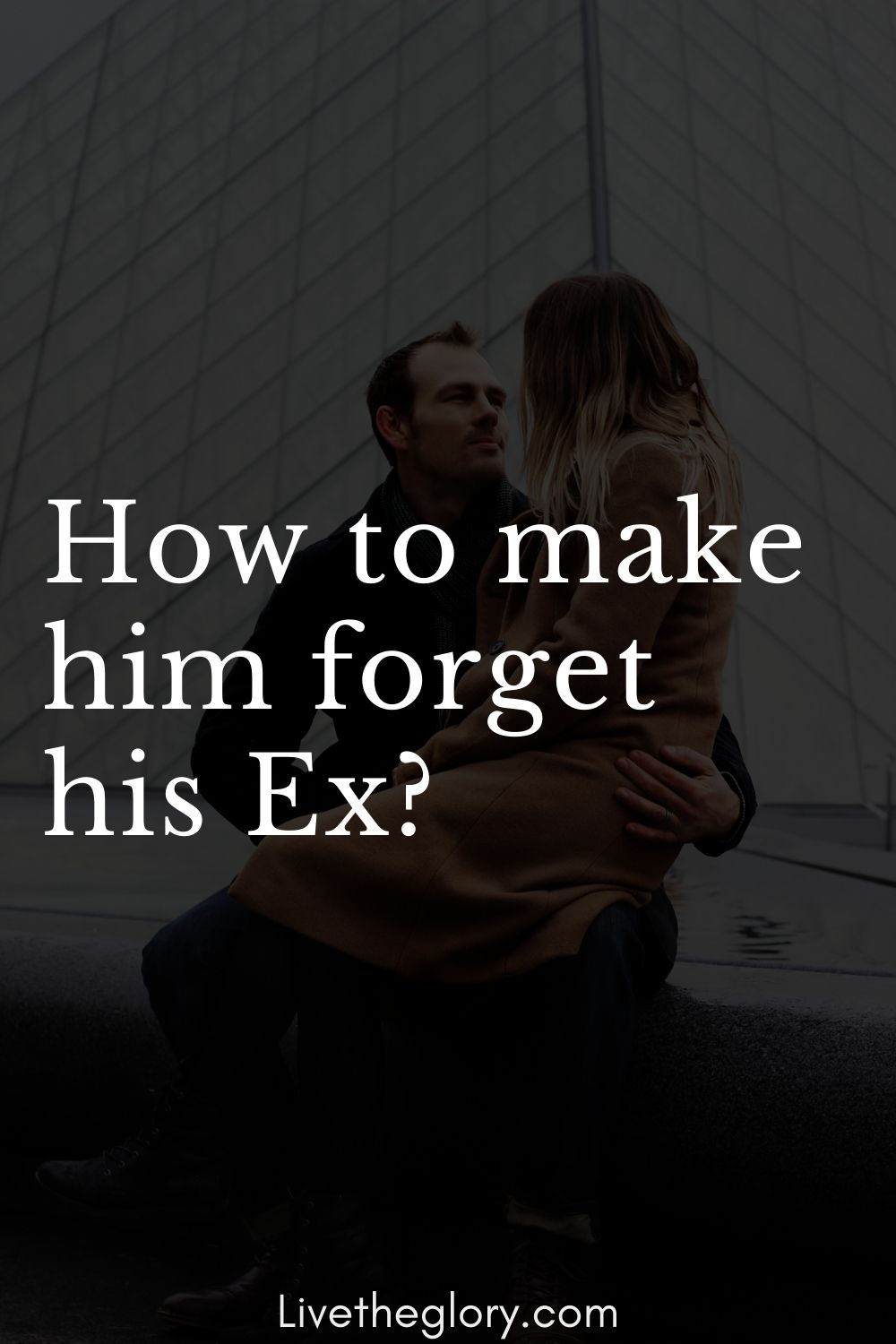