Here are the worst things men do on the first...

On a first date, women as well as men try to look their best and do their best to leave a good impression on the other. Dapper appearance, gallantry, compliments … everything goes there. But sometimes, despite all these efforts, things do not go as planned and the little attraction and hope to build a romantic relationship suddenly flies away. To better bring you closer to such situations, here are the testimonies of 9 women who reveal to us the worst things done by men during the first date. 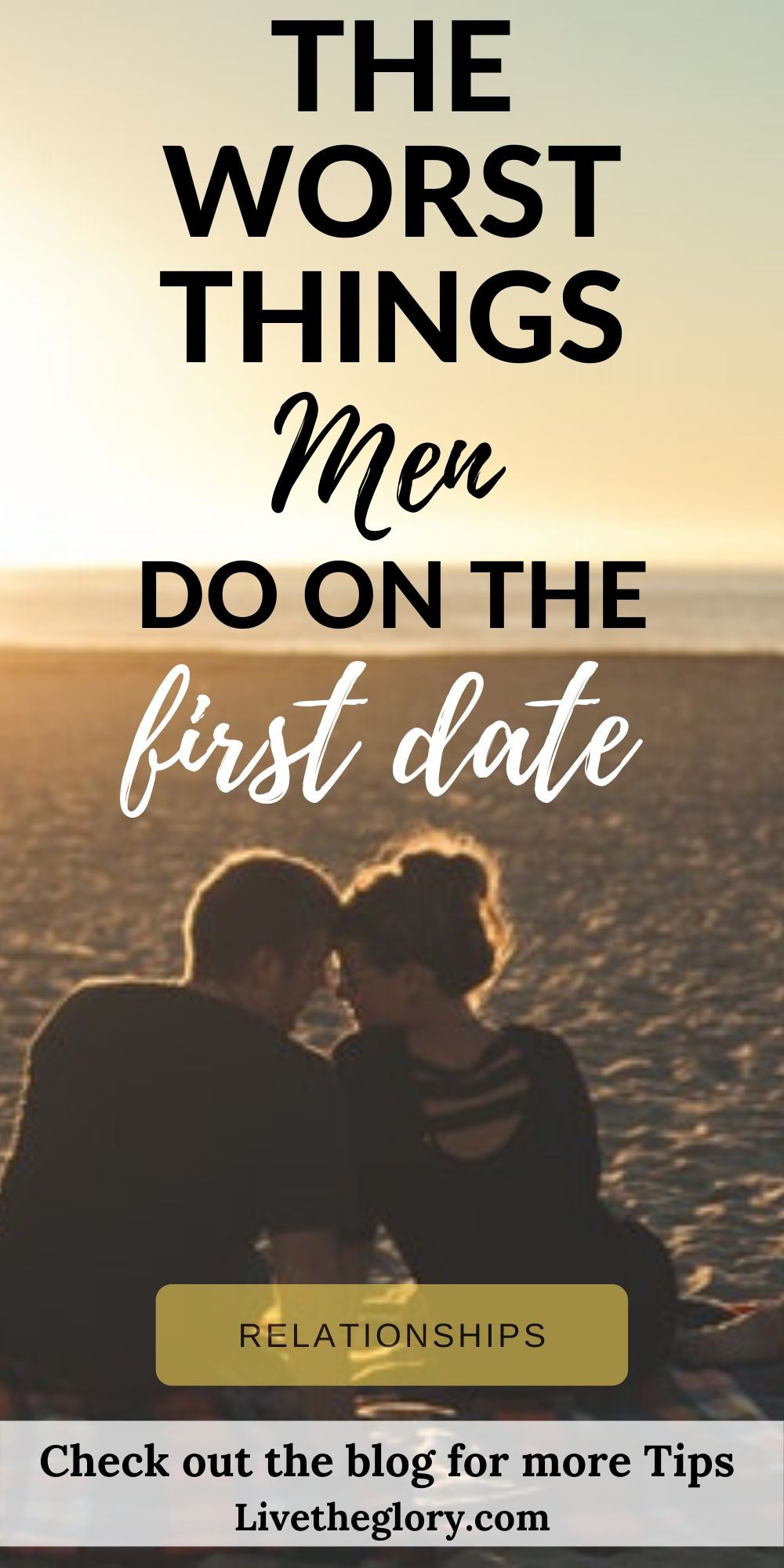 9 worst scenarios of a first date experienced by women:

Agnès, 22, says that after a dinner where everything went well, Monsieur invited him to accompany him to his house … to watch him play at Fifa. He sincerely believed that he was the god of screen football. To put an end to her boredom, Agnes sent a message to her friend telling her to call and ask her to come back urgently. According to the young woman, the talent of men in video games only reminds them of their brothers at home.

Be openly disrespectful to women

Carol, 27, says she was on a date when a Rihanna song goes in the background. At that point, her boyfriend tells her that the fact that the singer was beaten by Chris Brown (her boyfriend) is the best thing that has happened to her during her career. What he forgot was that the young woman worked in a shelter for victims of domestic violence.

Marie, 23, fell on the rare pearl. The wrong way, obviously. From the start of their meeting, his companion kept asking him to come back to get drunk. A small clarification, but still important, he clearly told him that he did not want to get drunk. She wanted him to lose his head by making him taste “vodka candy” or by smoking cannabis.

Julia, 23, had been invited by a boy on Twitter to have a good time together and play Scrabble, without it being a real date. However, he had also invited his ex-girlfriend, which was for him a way of showing him that he had forgotten her and that he had gone ahead. Julia claims to have felt used, which she did not appreciate at all.

For Fanny, 23, her outing to the movies with her Valentine’s Day quickly turned into an outing with friends after her Valentine’s Day announced that her friends wanted to join them. Unable to bring back her own who were unavailable, she, therefore, goes alone to her appointment. Result: she finds herself seated with her companion, between the latter’s friends. It was for her, the worst movie night ever. Never do it again.

Once, 22-year-old Alexia went out on a romantic date. To make the conversation, Sir, find nothing better to say than to ask him: “Is this your natural hair color?” “. An annoying and indiscreet question to which she did not know how to answer.

Laurence, 23, said the worst thing a man did to him on a first date was to blow his nose at the table. This disgusting gesture was enough to cut his appetite.

Choose, alone, the film to watch

After dinner, Laura (24) was invited by her partner to watch a movie together. Once installed at home, he chooses the film without asking his opinion and opts for “Machine Gun Preacher”, an action film full of scenes of war and turmoil. Not really what you need for a first date.

Léa, 27, is used to dating on the internet and often took pleasure in it even if she was not physically attracted to the person opposite. But this time, she ran into someone who avoided eye contact with her and only made sarcastic remarks about the dress and talk of the people around them. After 10 minutes, she had had enough of her judgments and her acerbic character.