Does a couple have to be the same to last?

A scientific study abounds in the direction of the saying “which is alike is assembled”. Similarity would be an essential condition for lasting love, but rest assured, it’s not about finding your twin either.

When we seek great love, and even after we have found it, we call it “our half”. This qualifier proves our need to find someone who is similar to us, capable of complementing us. And this is also what emerges from a scientific study published in the Cambridge Journal .

Similarity, a guarantee of compatibility?

It is not for nothing that dating sites offer you to test your love compatibility. Ethnicity, religious and political affiliation, social background, it would seem that one has a more natural tendency to project oneself with a person from the same environment as oneself. We would then feel more on the same wavelength, which would facilitate our relationships and ensure them a longer longevity .

Not a clone but someone who deserves us

The study reveals that we are not so much in search of someone who looks like us as in search of a partner that we consider to be up to us . We thus unconsciously put notes and do the same with the other. The goal is more to find someone who matches us than our male clone. Where it gets harder is that the more we have high self-esteem, whether in terms of physics, education or reliability, the more demanding we would become in choosing our partner. .

If we tend to be in a relationship with someone who looks like us, it may be, as the study shows, because of our monogamous model , almost nonexistent in other living species. So, even if it means having only one, and keeping it all your life, you might as well allow yourself a few requirements to help us get there.
Another possible explanation evoked by the study, the fact that the long-term need of the father and the mother are necessary for the construction and the education of the children, this implying that the two cohabit in a durable way. We then bet on our similarities to maximize our chances.

If the opposites attract each other, it is because they are not that far apart

Fortunately, just because a couple is not from the same social background or does not look physically similar does not necessarily mean talking about the opposite. It can also focus on tastes, common interests … or similar expectations. For example, the study tells us, the man is more readily attracted by the physique of a woman and the latter by the social success of the man. Requirements that would draw their sources from our need for reproduction . Beauty would be a pledge of fertility for themwhen we rely on financial security to ensure the survival of our offspring. So when you think that “opposites attract” about a couple made up of a mature man of high social status and a pretty young woman. We are wrong. These two are much more similar than you might think, and they found what they were looking for in the other .

In the end, without leaving absolutely in search of his male twin, a minimum of similarities and similar expectations should be enough to allow our union to flourish. And then, if we fall in love with the other, it is that there is something that brings us closer, right? 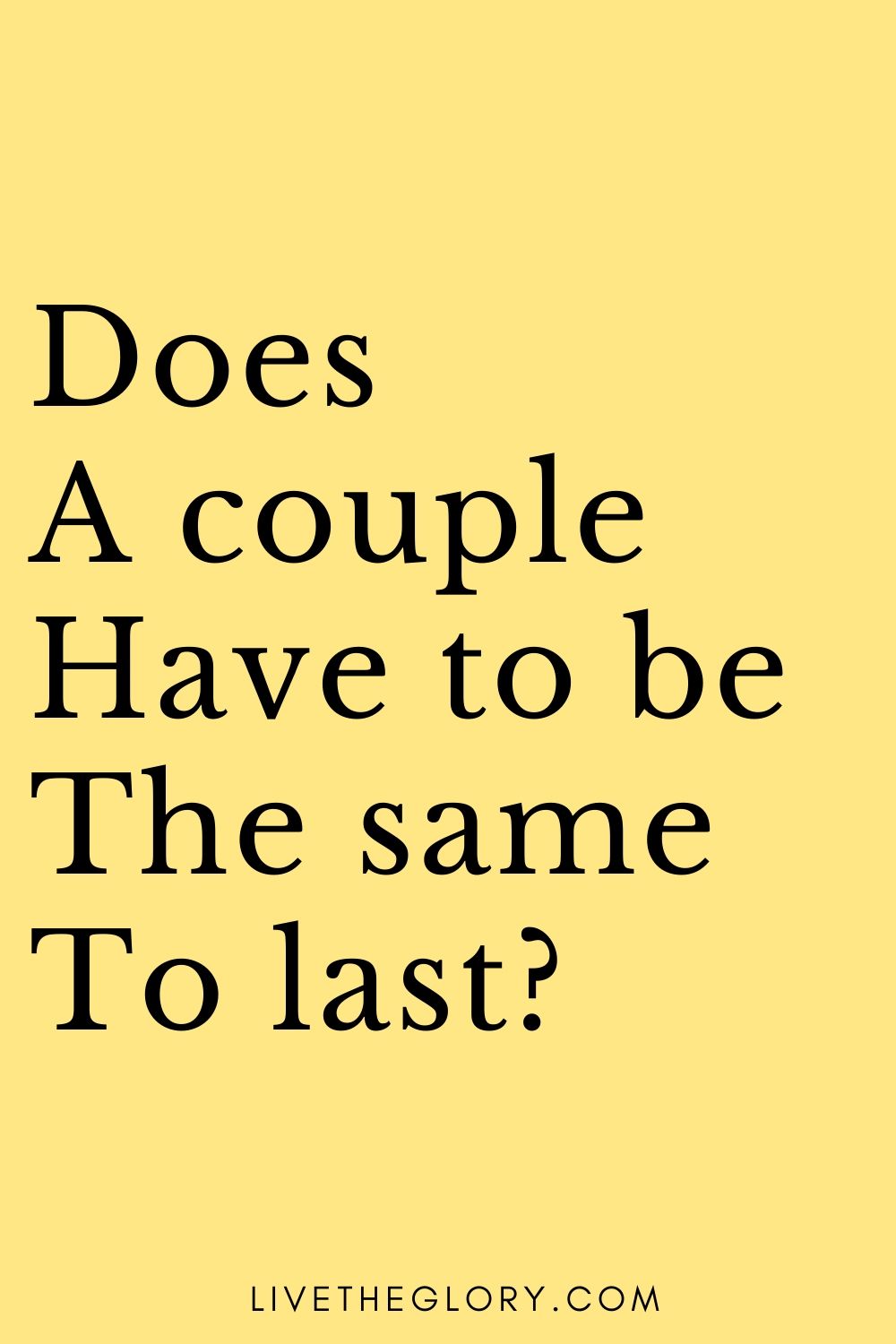