Do you hate your ex? Here’s why you should stop

When you think about your ex, do you :

If you answered YES to the majority of these questions, then this article is for you!

(And even if it’s not the case, you can still come and read it. Because I know you are dying!)

Anger: an easy and logical choice

In most cases, when we feel resentful for our ex, it is because the separation was experienced with difficulty, we suffered it.

Either because he decided to leave us to our greatest regret, or because his actions pushed us to leave him, despite our feelings.

Resentment, in itself, is completely normal. Like the stages of mourning, it is an integral part of the different emotions after a difficult breakup.

After the shock and the denial of separation comes anger.

But the problem lies in the fact that we cannot get past this stage. We stagnate because we paradoxically take some pleasure in it.

In some cases, hatred can actually help weaken or even dispel feelings. I will also highlight a nuance that seems important to help you understand your relationship with your ex.

While anger is a hot feeling, hatred is a cold feeling.

Anger is a reaction to a situation. We are angry not with the whole person, but rather with their actions. Anger influences our judgment and often prevents us from having rationality.

Hatred is deeper. It is a visceral repulsion for someone. We really want to hurt her.

Why emphasize this difference? Because we often confuse the two.

I have often thought that I felt hatred for someone when it was only anger. As a result, when I took my revenge for hurting him, I realized that in the end, I didn’t want to hurt him. It was just my ego that had reacted hot.

This hot reaction prevented me from rationalizing and communicating healthy with the other. It was just anger. And communication would have been enough to ease the tensions.

When you really hate your ex, that is to say, that you really hate the being he represents, there is effectively no room for romantic feelings. And communication will not be of much help in helping you overcome your hatred.

Then ask yourself this question: do I feel anger or hatred? If it’s anger, isn’t my judgment on him a little biased?

This step is necessary in case it is your ego that drove you to hate your ex.

But in all cases (and I include in ”  all”  the case where your ex has “deserved” your hatred because of his despicable behavior), you will inevitably have to go through the next step …

Forgive to be free

Forgiveness is a very difficult step. Besides, few can boast of getting there. Indeed, it is a real work on oneself to forgive “his executioner”. But it is possible, and above all, it is really beneficial.

In case you hate your ex, forgiving doesn’t necessarily mean having more consideration for him. You will surely always find it as shabby. But you will simply not give it more importance.

You will free yourself. About what?

Forgiveness is, I repeat, a difficult step. It does not happen overnight. It takes time. But you also need to have the strength of character.

You have the “right”, at first, to hate your ex. As I said before, this is a normal step.

After the breakup, it’s good to explode, to write on paper all the not very Catholic things that you think of your ex.
You have the right to spend an entire evening complaining about him (but make a good girlfriend anyway).

But this phase should not last. You have to force yourself to put things in perspective. And above all, do not feed your hatred by looking at his photos, for example, listening to the music you had discovered together, thinking about all the things that reminded you of it.

Forgive him. Not because you are a charitable soul, but for yourself. And I don’t want “false forgiveness” like the famous, “I forgive but I don’t forget”. Because if you “don’t forget”, it means that your hatred is ready to come out at any moment.

Just be indifferent. An ex belongs to the past. And the past should not influence the future, or at least it should not spoil it.

Indifference is the best response to everything he has done to you.

And you, have you ever managed to forgive your exes? 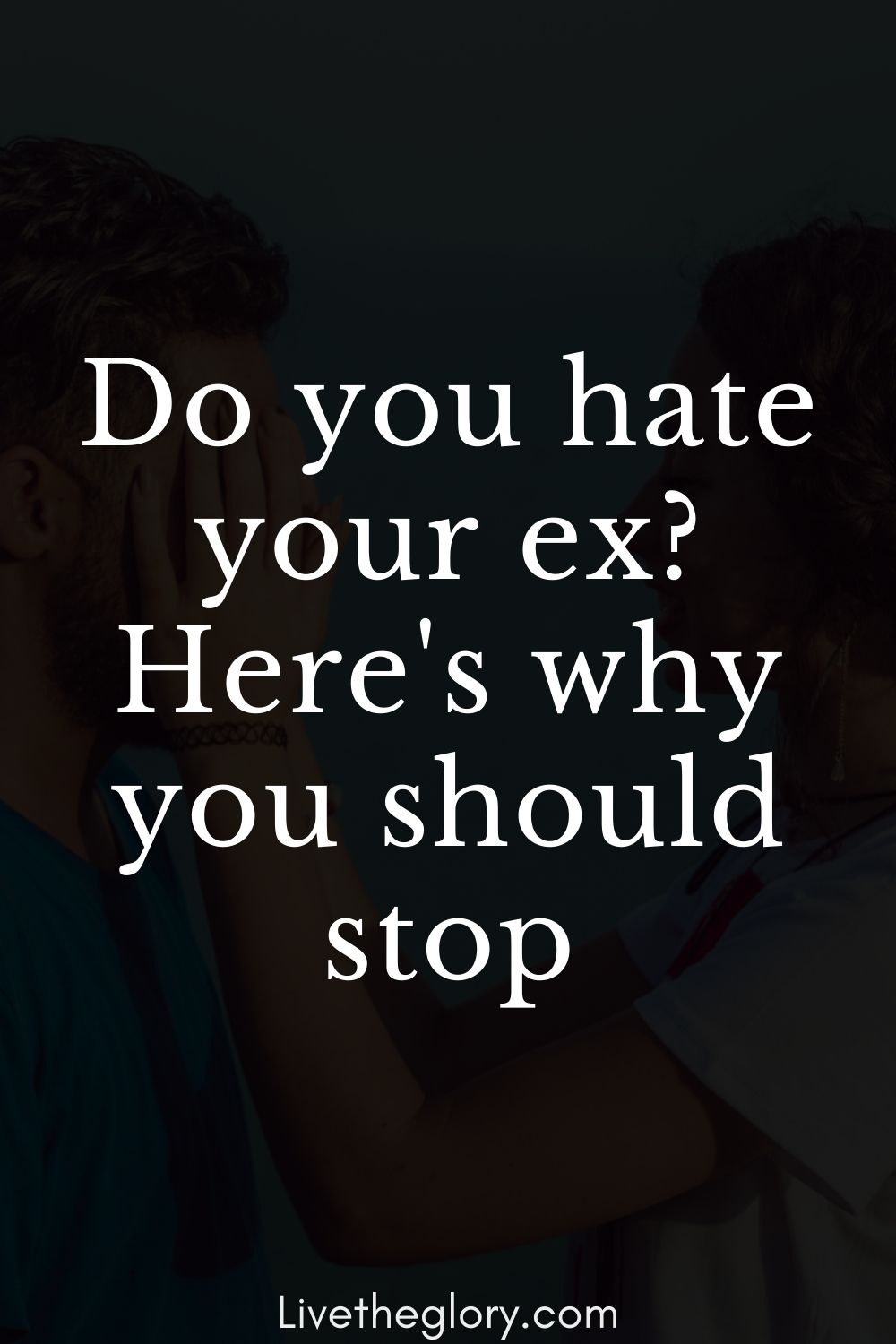