Being in love with a much younger man

You knew how to charm me subtly with your compliments. Maybe that was all I needed at the time, it was just what I wanted to hear. You did everything to erase our age difference, to make me forget it. I could have expected, with this decade that separates us, that your speech is overrated, your immature approach, that you are only a good talker. No, none of that. Finally, nice words, yes, necessarily. When we want to seduce the other, we are not stingy with compliments and pretty well-made sentences. But that was not out of place, you had the intelligence of respect, gentleness, tenderness. I felt like an equal.

Was your approach calculated in advance or sincere? Was your speech oriented because of our age gap? Do we address a woman differently, depending on whether she is ten years older or younger, to seduce her? And a younger or older man?

When you are a woman, do you automatically fall into the judged category and so fashionable as cougars?

Are we necessarily categorized as an easy, light woman who loves young children for play and s**x only? Can’t we talk about romantic feelings?

These young men of twenty to thirty years who, for many it is true, see in these women potential mistresses to maintain them or incredible lovers, eager to share their so-called all-new assumed s**xual freedom, their insatiable appetite after l failure of a marriage, a failed union, bland, without real carnal pleasure. The mature woman as it is called from a certain age, or who has simply already experienced the life of a couple, would therefore necessarily be a crunch of young men, eager to multiply the male conquests to reassure themselves? What clichés…

What about men who have passed their forties, sometimes for a long time, who are with women much younger than them?

It is a reality rooted in customs for a longer time, it is not a recent fashion phenomenon so it seems more accepted today, it is less shocking, even if we stay in this double cliché: “A young woman is bang an old man for money and an older woman bang a young man for s**x. ” This is the shortcut very often made!

But does this mean that love, in these relationships with the age difference, is a myth?

Are romantic feelings impossible, does one of the two necessarily use the other? Is it unhealthy to love a 25-year-old man when you are 40 or a 50-year-old man when you are 30? Unnatural? Or downright utopian? Is this age gap too large to allow sincere feelings to develop to create a true couple relationship? Being 10 or 20 years apart from your partner, does this constitute an obstacle from the start, a criterion for non-selection? Is it always a game, a power struggle, an interesting link?

And besides, why is the age gap so stigmatized?

It is almost always seen as a problem, a source of deep imbalance in the development of a couple or worse considered a scam on feelings. For many this necessarily means that this is not a real story, that it is just for fun, to reassure themselves, to have a good time, to use the other. Can we project ourselves with someone who is twice his age, who has experienced what we are barely experiencing? Conversely, can we find with a younger partner all the maturity necessary to build a real reassuring, reassuring, balanced relationship with common projects?

And if we put aside the existential questions on the viability of a couple with a certain age difference, to return to the basics. Emotions, feelings. To what is uncontrollable. To love.

Can we fall in love with someone younger?

From what age is this acceptable, tolerated by others?

The concern, and this is normal, is that love is obviously associated with desire, with s**x. And that it is this physical, carnal, intimate aspect that most disturbs mentalities. Is it abnormal to experience physical attraction, desire, and then romantic feelings for a man or woman who is not of our generation? How acceptable is it? 5 years? 10? 15? Beyond? Where is the limit? Who defines it as decent?

Today, in our societies where separations and divorces have become commonplace, we find on the “celibacy market” as many in their forties as young people aged 25. And these 40-year-old men, to take their example, who have known life as a couple and family for years, do not necessarily want to live a real story again. Ditto for women. Hence the multiplication of the number of singles and the difficulty to “start over again” today. And often, this leads to a celibacy phase with the need or the desire to make ephemeral encounters, to collect adventures, to put aside one’s experiences to let go and forget certain responsibilities; this is often linked to the fear of a new engagement.

So it is not surprising, while these singles in search of lightness are having fun, that others seeking to settle down, do not find the necessary maturity in a man or a woman of their age but rather in a partner of 25 or 30 years old who has not yet experienced a real sentimental failure, who is building his life, and is not afraid to engage in a sincere relationship. This does not mean that we should throw stones at others or judge them, only it must be noted that the age of singles has considerably increased and that it is not surprising that people with ten or so years apart are affinities, because, despite their age difference, they find themselves according to their experiences and their desires on the same life path and want to advance at the same pace.

Is a couple with a significant age difference really more likely to separate today than the others?

There are surely studies on this subject, but I do not think that this is a determining factor in the face of so many other causes of rupture. Today’s society has exploded certain barriers, certain landmarks and single people are directly concerned by the evolution of mentalities. For the worse more often than for the best, alas. This inevitably generates drifts, and the other is too often considered an object of s**xual consumption that we use at will before throwing it away when we no longer have enough desire or we have found elsewhere what satisfy his new drive. And in this universe of relationships with a great age difference, this often seems amplified.

Because of all this imagination around cougars, gigolos, old handsome and venal girls. It exists, yes. For each relationship of this type, one can encounter the worst. But it’s everywhere, there is no longer a need to live a quirky story today to know that. The most mundane stories have their share of unhealthy games, lies, emptiness. In the end, the important thing is to know, despite all that we can hear on the subject, all the opinions received that we have not even asked, if we feel something, if we are in tune with oneself and with the other, if what one experiences is reciprocal. Whether you are 40 and the other 25 or vice versa.

Can we fall in love and love someone despite ten or twenty years apart?

In my opinion, yes. Is this bound to fail? No. Can it last? Yes. Will it be easy? Maybe not at first. And those who embark on such a story know it. They know that they will have to undergo the glance of the others, the pseudos councils “it is for your good” and the judgments. Love stories that the standard deems unhealthy, shameful, or simply too complicated, according to its predefined criteria, there are plenty. Age, weight, height, skin color, origin, religion, and even social background, the difference is pointed out and stigmatized. Always. Ignorance and stupidity create fear and fear create a judgment. But love has nothing to do with differences and frilosities, judgments, and wickedness.

Who says the best love stories are the simplest?

“Human beings have loved each other since time immemorial. Whatever the difference. Love has no age, there is no impossible love, all love is better than lack of love ” . Philippe Labro 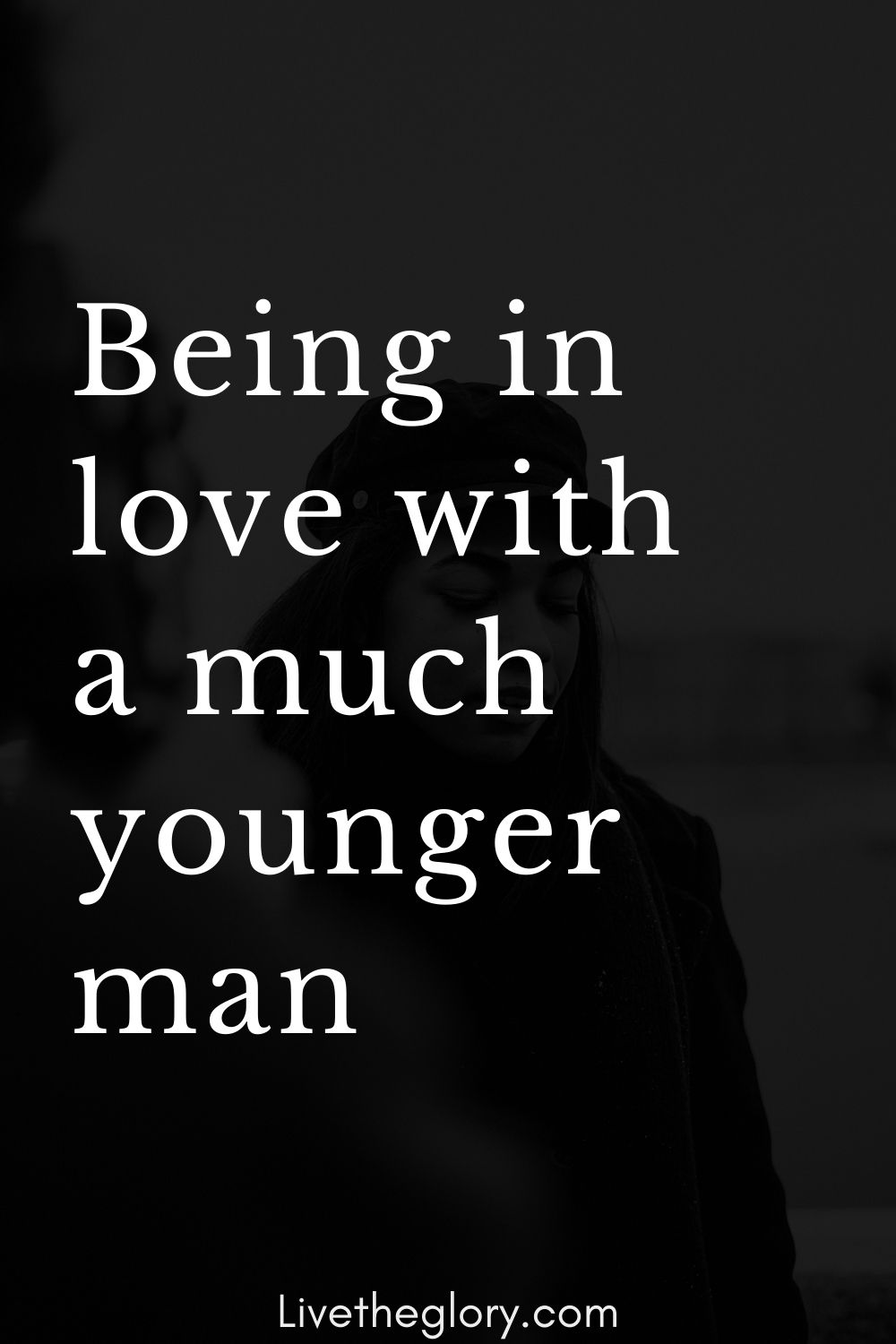