Be a good man because a woman never forgets how...

Too many of you think that women don’t really want a nice man.

Your bad experiences have led you to firmly believe that most women like to be abused. I can assure you that this is not true.

Your words and actions can affect a woman’s entire life. This cruel comment about her mother, that day when you were so angry that you insulted her, those moments when you ignored her for no reason, all those times when you chose not to answer her calls / sms by deciding that your friends were more important than her, that moment when you did not open the door of the car for her or did not accompany her to the door, she keeps them in memory. She keeps them with her, until her next relationship.

Women remember every nice thing you did or said, the same way they remember pitiful things.

When you’re a good woman – even if it ends for one reason or another – you always remember the man you were with. You may never know, but she will. She will think of how you make her laugh or dry her tears.

She will remember that she could talk to you for hours. She will remember that you made her feel like a woman, even if she was wrong. You will be her point of reference with each of the men she will meet in her life. If they are not on the same level as or above you, they will have no value. You are the one to whom no one has yet reached the ankle. Continue to be this man, because there is a woman who will adore you and cherish you for all this.

A woman can choose to stay with a man who mistreats her , because she fell in love with him at a time when he pretended to be nice (somewhere early in their relationship). But it won’t last forever with a malicious man. Over time, every nasty or hurtful thing this man does will add up to the end.

This woman who was in love and who one day satisfied all the whims of her man will begin to no longer love her. She will become less attentive and less gentle. Her heart will cool. He will not realize it, not until it is too late. He is blind and will continue to abuse her. An ignorant man will seal his own destiny. He will think it is okay to treat a woman that way. She loves him so she will stay.

This man has no idea that his heart is hosting an icy storm. This heart where love once lay is now torn apart. She loves him so much, at least that’s what he believes. He tells himself that she will stay but he chose not to see that his mind was already going away.

So you only have one option. Treat your wife well or leave, but when you find yourself alone and unable to understand where the problem was, just remember this woman whose heart you broke.

We cannot repeat the words that we said. They will be with her until her death. So measure your words, be kind but never cruel or you will end up sad and alone.

There is a saying that what we give to a woman will be returned to us ten times. This saying couldn’t be truer. So if you want to be worshiped, spoiled and loved, stop being malicious, selfish and rude.

Kind boys always end up being the first. It’s the nice boys who end up with the girl. In the end, no matter what your salary or your muscles, a woman in search of true love will always end up realizing her own worth, as well as finding the man who truly deserves it.

Your money will be spent and your appearance will fade, but if you have a good heart, love will flourish. So be a nice boy or you risk losing your wife to those who are better than you ever will be.

This does not mean that you have to accept that you are being treated badly, but that you have to open your heart to the woman who is right for you. This means that compromises have to be made. That means you have to forgive and be loving … To be the kind of man who will make a great husband and father.

Do not let a woman who does not value you for nothing trample you on the feet; but, if your wife loves and adores you, be nice because if not, you will end up losing her. 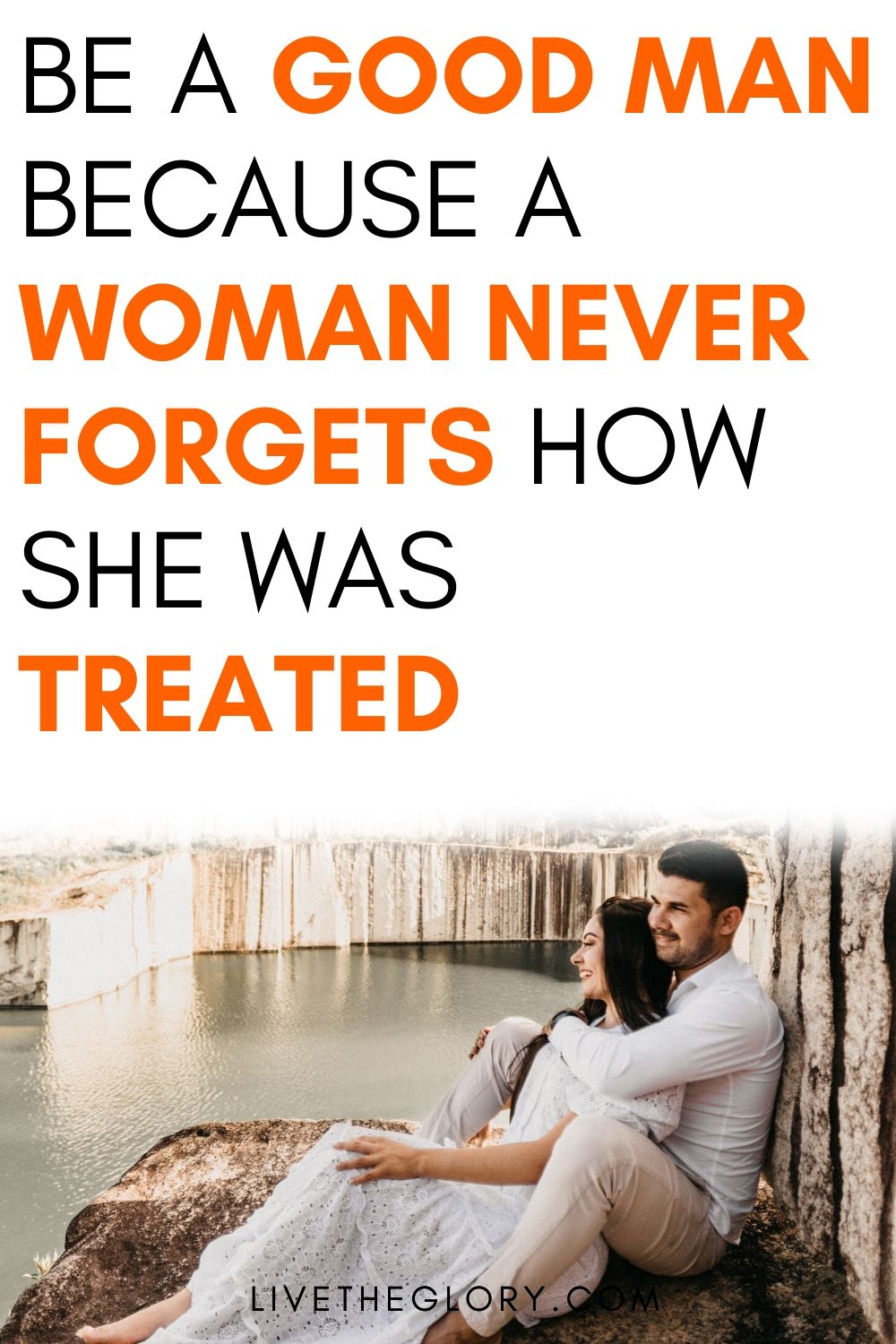