Are you bored in your relationship? It’s not (necessarily) a...

What if boredom was part of the couple’s construction? It would even be a compulsory passage according to experts in romantic relationships.

If you want to spend all your time in the company of the other the first months of a relationship, the routine settles after a certain time. And at the end of the famous “honeymoon”, one can even start to be bored firm in the company of his love. But does this necessarily signify the couple’s death?

This post-drunkenness phase will last significantly longer. It occurs when you start to see things more realistically and “less through the haze of chemistry,” says couples therapist Irina Firstein at Greatist. From that moment, we are able to assess what works for us and what doesn’t. But this is also where the real feeling of attachment takes place, a feeling that allows partners to produce oxytocin and vasopressin, neurotransmitters that will lead them to bond, explains marriage counselor Andre Moore.

It doesn’t seem magic like that and yet it is. Indeed, it’s nice to feel installed in the relationship, “to know that we don’t need to say anything for the other to appreciate us,” says Ken Page, psychotherapist and author of ‘Deeper encounters: how to drop the games of seduction and discover the power of the intimate’. Except that to be able to reach this phase, you have to agree to come down from your little cloud.

From seduction … to boredom

The problem is that the seduction phase specific to each new relationship fills us with adrenaline, continues the psychotherapist. And we do everything we can to convince the other that we are the ones he needs. Except that “when we realize that the other person really cares about us and seems ready to commit, a wave of disinterest can arise”. We managed to convince him, but that creates doubts in us with questions like “what if we could have better?”. For some, this certainty would turn into boredom.

Swapping butterflies in the stomach for a stable and lasting relationship also means becoming more intimate and taking the risk of engaging with one another, adds Ken Page. And some are so afraid of letting go in their couple that unconsciously, they prefer to practice self-sabotage.

But rather than admitting that we are addicted to seduction or that we are afraid of letting the relationship take a more intimate turn, we prefer to say that the other is boring. Failure that we did not know him until we left the stage of intoxication of the beginnings.

But what can you do to avoid experiencing this feeling? “Nothing,” advises the psychotherapist. It is not a question of forcing oneself to be more intimate with the other, just as one will refrain from breaking up because after 5 months of chaining restaurants and cinoches, he offers us to watch a series in bed. Besides, this feeling of boredom or lack of interest should not exceed more than a few weeks. And all our good feelings towards him should also return at a gallop. “Stability is something we all want: we want to know that we have someone there for us, that when we get home there is someone,” said Firstein. “Stagnation, on the other hand, comes from the feeling of taking something for granted.” As well, it’s just not the right one. 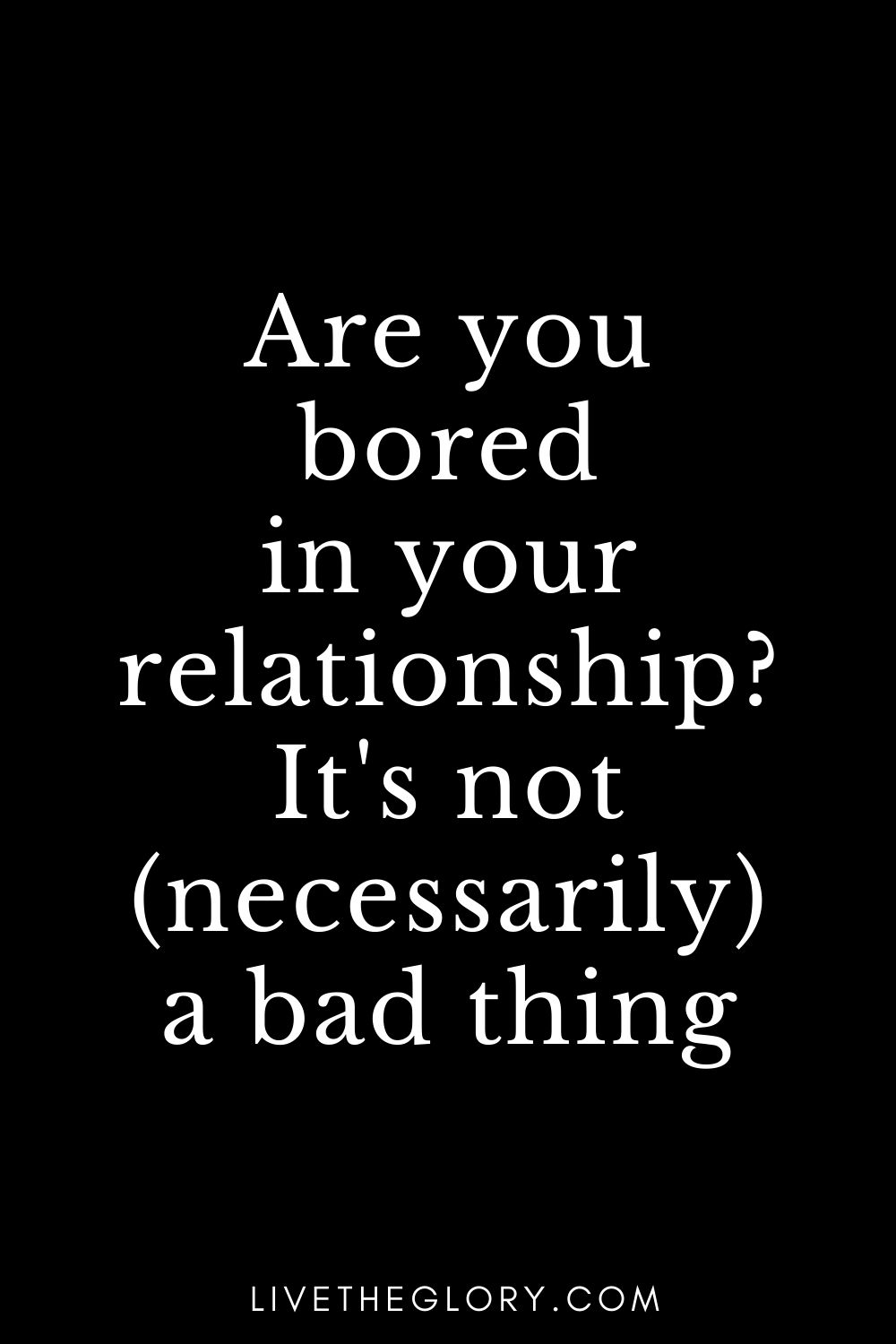