9 signs of infidelity not easy to notice

Infidelity is one of the scourges of the couple. In the majority of relationships, discovering that a partner is unfaithful often feels like a blow. Infidelity is at the source of millions of broken hearts around the world and for good reason, the feeling of betrayal that results from it is worse than all. 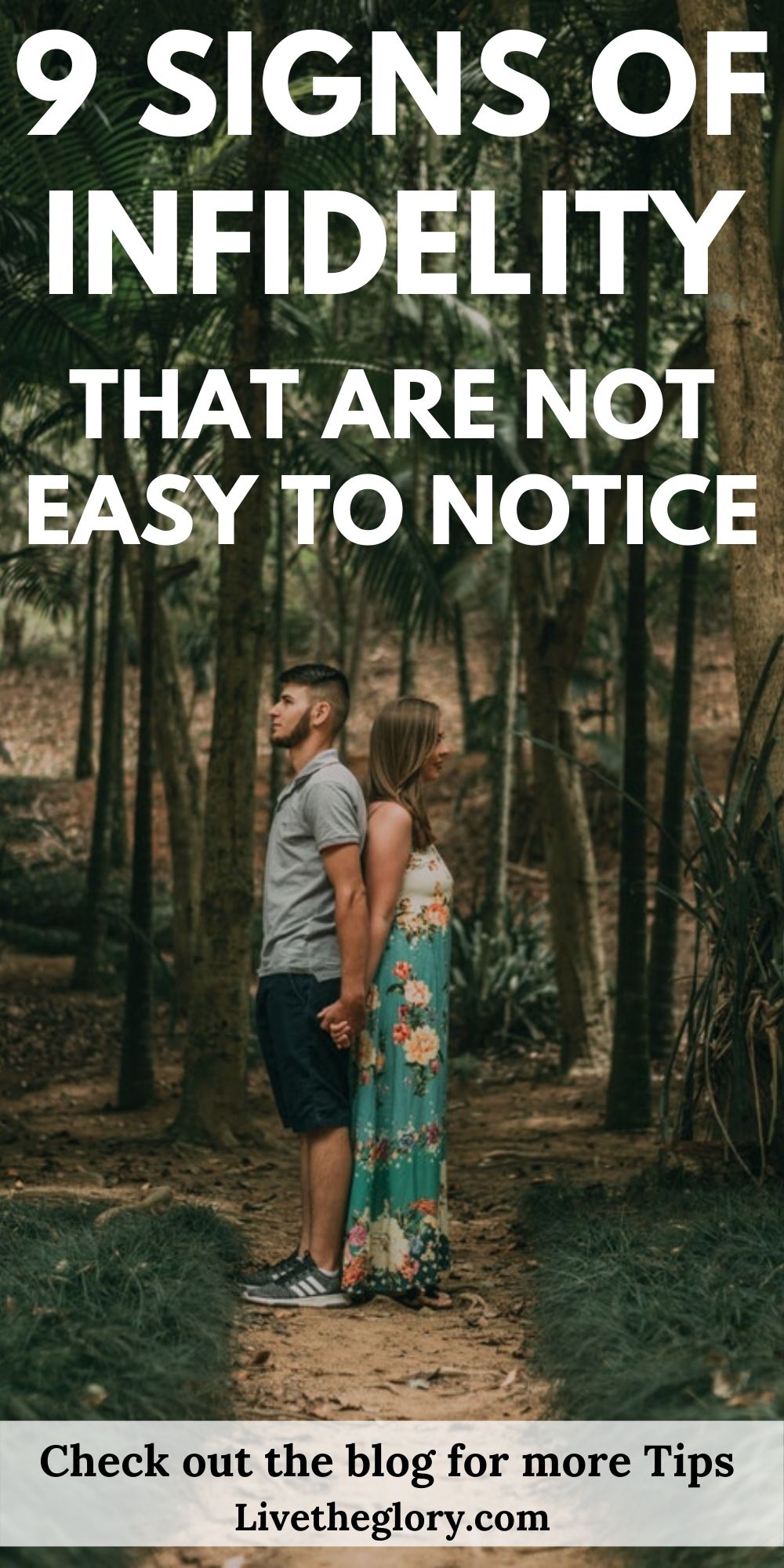 Knowing how to recognize signs of infidelity in a spouse can be very difficult, if not sometimes impossible. Indeed, it is generally rare to have evidence that can support accusations against your partner. In the best of cases, the couple will have a discussion where the unfaithful person will admit their mistakes.

In an  article  relayed by  Psychology Today , infidelity is no longer just physical; it can also be mental. The latter is even more difficult to identify since it is not based on any concrete and real contact between the two people involved. Without evidence, the best way to detect  infidelity  is to watch for unexplained changes in your spouse’s behavior. Here are some tips that can help you:

As surprising as it may seem, a partner who is more affectionate than usual could be a sign of infidelity. Indeed, an unfaithful person generally feels guilt, which pushes them to compensate for their actions by showing more love towards their spouse. The same goes for new attentions like repetitive phone calls during the day. Often, it’s a way to keep up with each other’s schedules so you don’t get caught in the bag.

If your partner has mood swings that he cannot explain to you, it is likely that the real reason is elsewhere and related to a third person. When a couple is open, it is usually easy to share what concerns us. Refusing to speak could therefore mean that your spouse is being unfaithful to you.

You know your spouse better than anyone and yet you see that he begins to act in a different and slightly unpredictable way. If you know exactly what this change is due to, then you don’t have to worry. On the other hand, if you absolutely don’t understand what’s going on, maybe you should both have a conversation.

You notice an unusual carelessness in your partner. Certain things which would have put him out of it before no longer seem to affect him. He would almost laugh. Beware, this detached air could mean that his attention is elsewhere.

Your partner is starting to have new tastes and preferences. He always hated hats and then suddenly, he decides that it suits him very well and that he prefers to wear it more often. Generally, this kind of behavior indicates that the person in question is trying to please someone else, and it is not you.

Your spouse has always left his phone lying around everywhere and overnight, he hides it as the most precious of his treasures. This sign is probably one of the most visible when it comes to infidelity. Indeed, if your partner does not want you to see his phone, it is because he has something to hide.

If a person doesn’t let you get close to their business, they may have something to hide. Certainly, everyone needs a little secret garden to find themselves. However, if you see that your partner becomes too aggressive when you see him approaching his, it is that you are probably not going to like what is there.

Each couple has their own routine in terms of affection in public. Some hold hands, others each follow their own path. No matter what situation is right for you, the only thing you need to pay attention to is change. If your spouse starts to avoid certain behaviors or feels embarrassed to be with you, it might be worth having a discussion.

It is often said that you have to trust your instincts and it’s not for nothing. You are not asked to attack and wrongly accuse your partner, but if you feel that he is hiding something from you, try to have an open and frank discussion to make things clear.

When in doubt about your relationship, always favor a frank and honest discussion!

When in doubt about your relationship, always favor a frank and honest discussion!