7 signs that prove you’re in love with a Cinderella...

At first glance, he falls in love with you, talks to you about the future and rolls at your feet? Beware, you may have come across a Cinderella man …

The Cinderella syndrome involving a quest for absolute, saving, reassuring … and immediate love does not only affect women. More and more guys are aiming for the same expectations. To the point of turning into “Cinderella men” . Problem, these males in search of the soul mate , very demanding to the point of becoming oppressive, have experienced so many disappointments in the past that it is impossible for them to be good partners. In the end, under the guise of passing for the ideal man, making us dangle the same outcome as in fairy tales (“They lived happily ever after and had many children”), this scam artist of love risks making us suffer much more than the simple seducer who has at least the merit of

Worried you might have fallen for a Cinderella man? Here are some signs that will help you get to grips with it.

1 – Your prince is no longer very young

Generally, it is a mature male who suffered from an unhappy marriage. One day, he wakes up and discovers that he is already in the middle of his life. From then on, your prince hammers his head to dig up THE woman with whom he will spin perfect love, even if it means waiting for a divorce or coveting several “princesses” simultaneously, in order to multiply his chances.

2 – Your prince seems a little too love

He fell in love with you almost instantly and lets you know (over and over) how much he loves you. His carnal desire towards you is also intense. He is looking for a real love passion, and wants fireworks and all the fuss. Something which, alas, tends to run out of steam during a relationship, once past the fiery beginnings. Which greatly disappointed Mr. Cinderella.

3 – Your prince is ill at ease

If you counted on this man to reassure you and offer you a feeling of security, it is a failure. Mister C. will not come to save you on his beautiful white horse, he is counting on you to deliver him from his loneliness, from his fears and does not have the shoulders strong enough to simultaneously assume this role. Wear the panties and the cape in the couple, it ends up doing a little much.

Blinded by his desire to create a perfect union and resolved not to waste time to achieve it (he is no longer 20 years old), he does not hesitate to talk to you about marriage, baby and mortgage from the very beginning. You obviously promise never to leave you, you are her chosen. Unfortunately, you end up believing this guy and even start to project yourself with him. Except that your Cinderella man may already be thinking of getting out of the game because you did not quickly meet his expectations.

5 – Your prince is insatiable

In the continuity of his idyllic vision of love, he obviously does not conceive of “downs” in your libido . He is (or would like to be) always on the attack and expects the same from you in return. It ends up being more frightening than exciting!

6 – Your prince is a bit corny

Poems, songs, flowers, heart-shaped chocolate, ridiculous little nicknames, your pseudo prince drips with romanticism to seduce you. At the risk of being a bit too much and end up being disgusted at the slightest attention.

7 – Your prince is not very charming

If at first sight, the Cinderella man strongly resembles the prince charming , the latter will in fact be very far from making us lead a life of princess. At the slightest misstep upsetting his ideal couple’s pattern, he prefers to leave you without notice. It is ultimately a womanizer who ignores himself, with whom no future is possible. Unless he has perceived in you his female counterpart …

Morality, “normal” men, those who are sometimes criticized for not engaging enough or fast enough , for not being romantic or demonstrative enough for our taste or for being too tired to make love , seem to have more the stuff of Prince Charming as the Cinderella man. To meditate tonight on the way home! 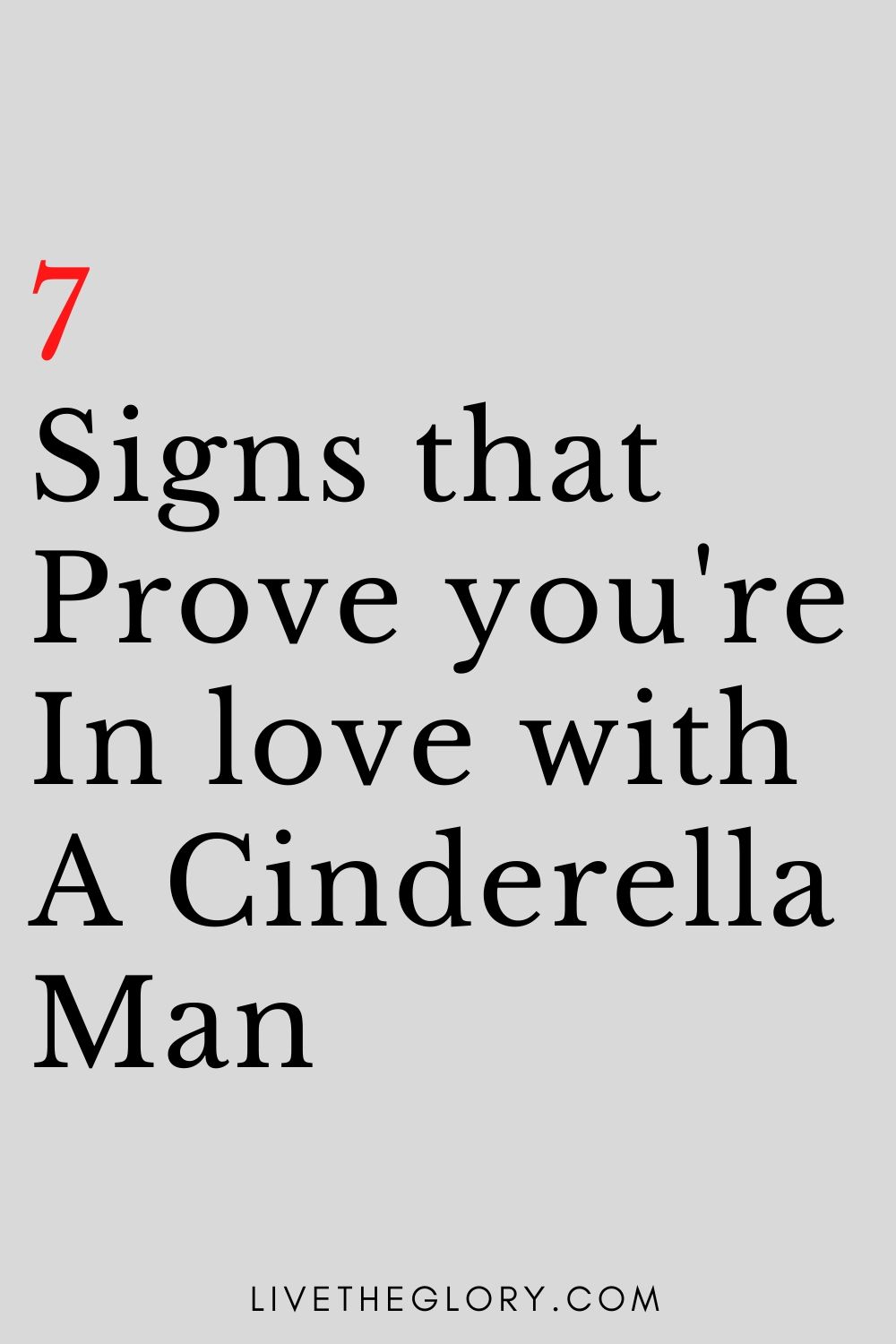