6 stupid stereotypes about male-female relationships that teens should forget

There are myths that have tough skin. Unfortunately, these misconceptions can have disastrous consequences on the way young people understand romantic relationships. To avoid perpetuating this macho factory and eradicating the vicious mechanism of s e xism, here are 6 pictures of the male-female relationships that today’s little guys should banish.

1- Being a nice boy doesn’t pay

The bad boy myth continues. Filled with films in which the bad boys always arrive at their ends and fascinated by the coolitude of the high school guys, the teenager builds his model around this belief according to which the good guy never wins (and even less the hearts of the girls). Except that the king of the playground will (probably) become a loser in the coming decade and that the girls, after running for miles (in vain) after the poisonous types will face the obvious: a reliable, attentive boy , not macho and in love, it’s still very cool .

2- A real man pays for everything

And a snapshot, a. Conditioned by the very dusty patriarchal model and still unfortunately too often conveyed by society, the alpha male must provide for the needs of the woman. He is the one who has to boil the pot and it is up to him to draw the wallet with authority, under penalty of passing for a dark boor. But, as Emma Watson recently reminded in an interview for Facebook, “gallantry should be consensual”. Share the bill without feeling emasculated? This is an excellent first step towards equality and the eradication of stereotypes.

3- Only girls who talk about their feelings

Shakespeare lovers know this: courting yourself is above all to expose yourself (and not just by showing off your cookies). Only here, we too often teach boys to silence their feelings, to remain modest or even silent. To be vulnerable? It’s for wimps. The boy armored himself as a teenager and there was no question of splitting his shell. Which is a shame, because being able to express your feelings, whether in love or friendship, is synonymous with healthy and happy relationships. Certainly, the men would come (supposedly) from Mars, but a small satellite link with Venus is completely recommended. And we’re not talking about SMS. A Brigham Young University study reveals that two people who are too connected could move away from each other, technology taking precedence over real communications.

4- Girls want to be flirted, that’s why they make them difficult

No, no and re-no. Alpagising a girl more or less vulgarly in the street , whistling or even rubbing her in the metro is clearly not a good strategy to seduce a girl. On the contrary, this rude behavior is akin to harassment, which is to say the safest way to scare away any woman.

In the United States, a law has been passed in California to prevent se xual assault on American campuses: the “Yes Means Yes” which unambiguously defines the (very clear) contours of consent . And this “Yes, it’s yes” also applies to the field of dredging. Of course, there are codes implicit in the game of seduction (wait three days before calling again, wait a few hours before answering a text …). But in general, if a woman wants to go out with a boy, she makes it clear and quickly. Running after a girl who said “No thanks” will surely not make her change her mind. Worse, the heavy insistence makes pass the pretender for a desperate psychopath. And we don’t want that, do we?

5- The guys want s e x, the girls want to get laid

Strangely, this ancestral conception is widely shared, even today: a national survey “Context of s exuality in France” (CSF 2006) revealed that 73% of women and 59% of men agreed with the idea that “By nature, men have more s exual needs than women . ” Except that this very living myth is false. As researcher Kristen Mark told the Huffington Post , “research has shown that the partner who is less eager to have s ex can be both male and female. And this is not the conclusion of ‘one study. In my own research, based on three different panels of couples, I didn’tthe woman is also a s exual being: she is able to tape her boyfriend against a wall by giving him a voracious “I want you” or have an infinite fear of commitment. Just like a boy can dream of starting a pretty little family without being a castrated one.

6- Going out with a girl is only for fun

At a time of love zapping where you “flash”, “swipe” and zap your “targets”, would persistence and investment have become old-fashioned concepts? If the word “commitment”, so heavy with meaning, seems too serious for teens, giving consideration and attention to a girl should not be seen as a mark of weakness. No, behaving like a gentleman does not make a guy a rug and should not threaten a man’s virility, quite the contrary. We call it growing up and becoming mature. 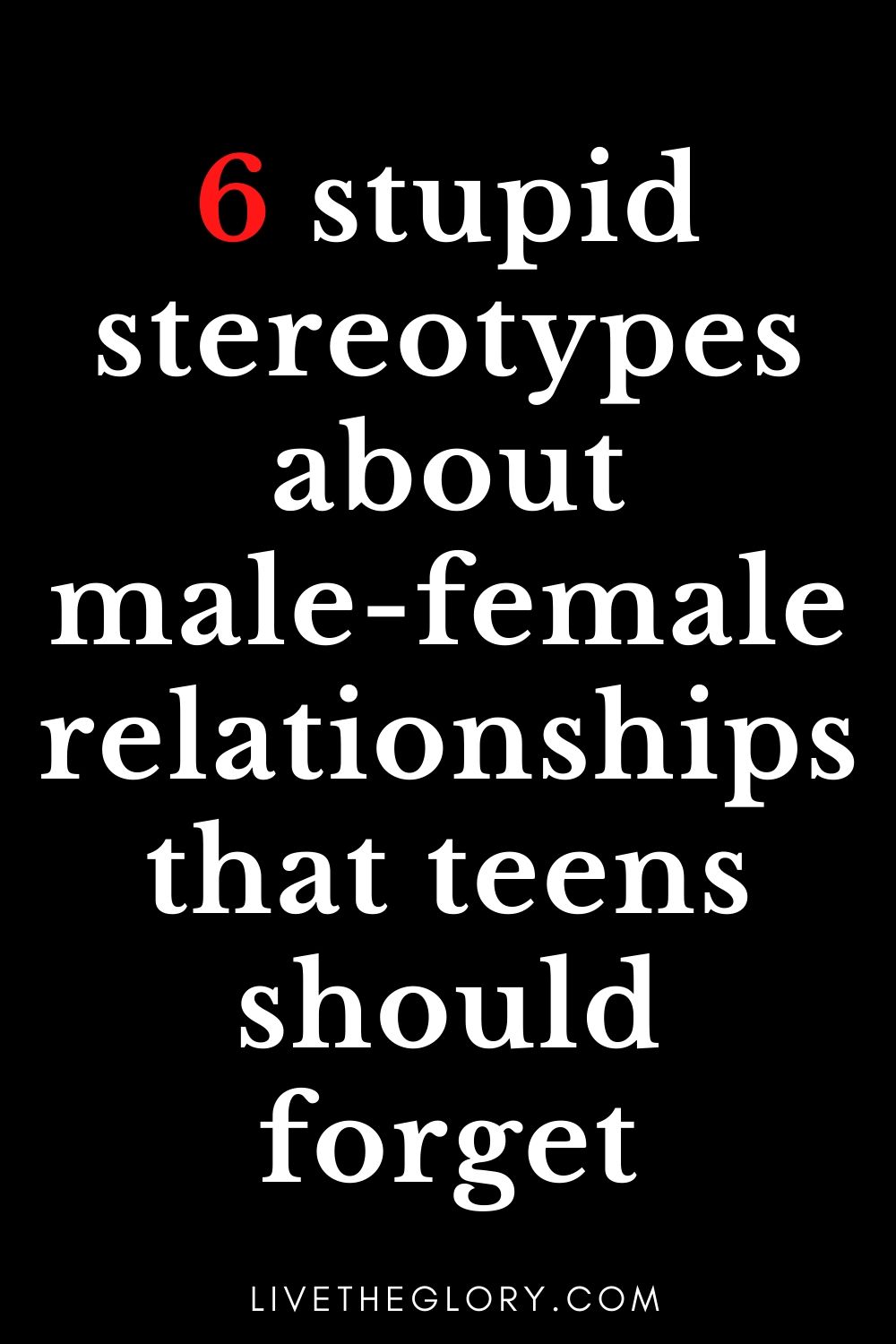