Staying close to your ex is like having Gremlins: it’s better not to feed them after midnight. If you don’t set specific rules, the situation can quickly get out of hand. To help you get out of it, here are 6 signs that will help you analyze the behavior of your hopeful former partners.

In the great game of sentimental relationships, there is an unchanging rule, which our friends and our favorite romantic comedies have harped on until we are thirsty: we must flee our exes like the plague. We should delete his number, never see him again, never talk to him again, and ignore him if we come across him on the street, as if our common past was a dangerous airborne virus. A long sentence even circulates to justify this extreme policy of the gulag: “If two ex manage to remain friends , it is either that they are still in love, or that they have never been”.

Obviously, this generalization is absurd. It is not enough that we affix the label of ex to someone for it to be circumscribed forever in the meanders of our past. Very beautiful friendships sometimes arise from dead love, and one can create during a relationship bonds that are more solid than the failure of the couple in itself. However, keeping your ex in your life necessarily leads to a certain amount of uncertainty and ambiguity: it is not always easy to know on which foot to dance. Little decryption of the signs that show that your ex is still chasing you, just to clarify the situation.

1- He watches all your actions on social networks

If he had never bothered to love your profile photo during your 5 years together, but suddenly began to bury you under an avalanche of likes, ask yourself questions: after a study by the psychology department of the University of Brunel, 1/3 of people track their ex-partners on social networks after a breakup to fill a gap and maintain a link with the person, as fictional as it is . It is a way to stay in the life of the other, to artificially become embedded in his daily life. And not only is it a bit creepy, but it’s not a good sign.

2- He calls you or sends you messages late at night

Although technology blurs borders, there are unspoken rules of use when it comes to telephone exchanges. As a general rule, we don’t make a phone call to a client at 9 p.m. to tell them about a contract, for example. After 8 p.m., telephone exchanges become more private , and after midnight, they are normally limited to our intimate sphere: our best friend, our partner … And even if you are in contact with your ex, you must take care to maintain barriers, which it clearly exceeds when it leaves you an alcoholic and stammering message at 2 a.m. No need to have done the ENA to understand …

3- They criticize your new crush / partner

Oh, not overtly, of course. He plays the card of the ex-detached, happy for you, and he even goes as far as taking an interest in your new partner and asking questions about your relationship. And that’s the rub. He raises his eyebrows when you talk about his passion for cooking, displays a disdainful grin when you mention the restaurant where he took you to celebrate your birthday and utters cries of outlandish when you admit the reason for your last argument. Through subtle questions and sarcastic comments, he tries to make you doubt your relationship, to bring the new elected official off his pedestal. Like a vulture watching for its dying prey, it waits for the right moment to interfere in a breach and recover its trophy (you). After all, there is only Adele to wish her ex all the happiness of the world in love …

“Master raven, on his tree perched …”: we may well teach us from our earliest childhood that vanity is an ugly defect , we still get caught. We all need to count in the eyes of others, to fill our lack of confidence with the admiration and love of those around us. And this weakness can be an easy door to push open for an ex who knows you well – and who wants to get you back. When he openly criticizes his new conquest by comparing it to you (“I admit that I am a little bored with her, she has neither your charisma nor your intelligence, it’s hard …”, ” It’s so hard to get attached to her after being with someone like you ‘), it’s likely thatDo not fall into the trap (and hold on to your cheese ..)!

Your holidays together in Corsica, your rituals on Friday evening, your compulsive binge-watching , your first visit to Ikea , your giggles when he had broken a tooth in the restaurant during your first date … Your ex has become a true speleologist, unearthing forgotten treasures of your relationship from the depths of your memory. In front of your friends, in public or alone with you, he punctuates his speech with pretty common memories, enhanced in their brightness by the deceptive varnish of nostalgia . Beware of the forced complicity that it establishes in this way, and of the spatiotemporal fault in which it tries to take you away: it is a little too easy, as emotional manipulation …

6- He slips as soon as he drinks a glass

It’s universal: alcohol disinhibits , and makes it very brutally honest – sometimes, to our greatest despair. And it is for this reason that the dripping calls of vodka and nonsense have almost become obligatory passages, during an evening too drunk. If you really miss your ex , it is possible that he will reveal himself in those moments of extreme frankness that only alcohol can trigger. In this case, more room for doubt: he did not move on.

It is up to you then to see if you want to frankly dismiss him … or if you are secretly delighted to see that he has not dropped the case . Promised, you will not be judged: after all, “The heart has its reasons that reason ignores”, said Pascal. 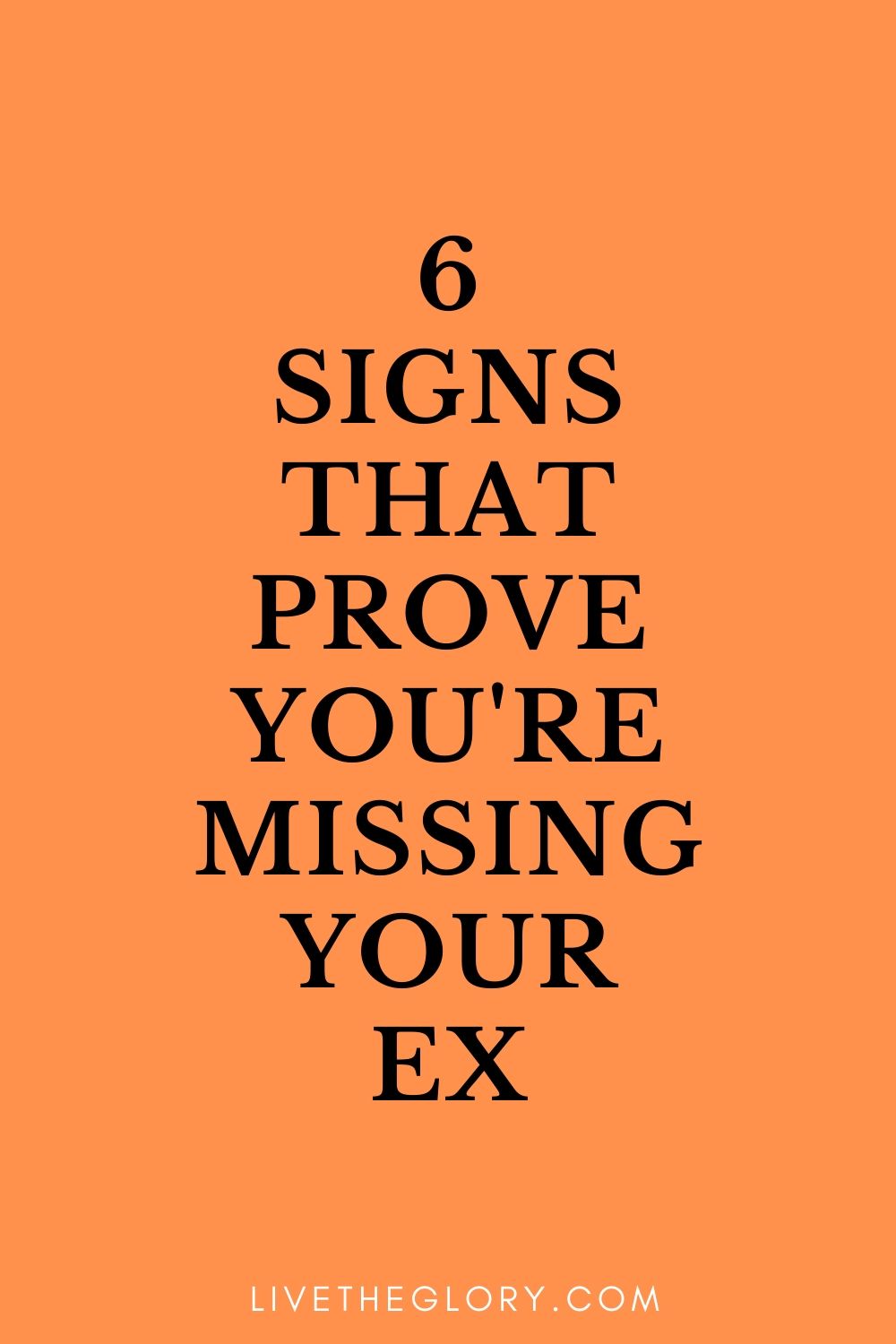