6 gifts that we would gladly offer to emotional bastards...

Certainly, they hurt us. But as we are not spiteful (not our kind), we imagined some small gifts to offer to these charming men in order to bury the battle-ax. To your good (bruised) heart.

Busy with his miserable existence, Superconnard heard the doorbell ring. But oh surprise, it is not one of his umpteenth weeping conquests which begs him to grant him a little love: it is a hysterical ninja, armed with a nunchaku, who gives him a volley of kicks in the genitals. It’s a nerd, but it’s a gift.

2- A turd in a gift package

Really? Do we have the mentality of a 7-year-old child? When it comes to our damaged ego and our little bleeding heart, yes, it’s always good to go back to the basics: the subtle metaphor (“I send you a poo because YOU ARE a poo” ). What is reassuring is that we are not the only ones to have thought of this poisoned revenge, since today there is a society that sends elephant droppings to our worst enemy. There are also anonymous glitter shipments. It is certainly chicer, but less fun, let’s face it.

3- A good return of karma

He hurt us and logically, we want him to suffer in turn. As we know, revenge is a dish that can be eaten cold. So no rush: the backlash will come one day or the other. It can take the form of an emotional bastard who will make him endure what he made us undergo (with the choice: to deceive him, to throw him loosely by SMS, never to recall it and other jokes). Or quite simply to see us trace the furrow of our happiness (without him) while he continues his path of poor guy alone or badly accompanied.

Since he obviously has trouble understanding love in a constructive and healthy way, why not offer him a little express training that would explain a little to him the normal functioning of human relationships? In Pascal, the big brother who would swing him well placed tatana blows as soon as he skidded. Enough to make him want to be clever. Thanks, WHO?

A priori, these are no longer really our onions, but if we can avoid other girls falling back into its toxic claws, let’s play it, altruistic. In our wildest dreams, our emotional ex-bastard would be provided with an electronic bracelet, which would send him small discharges as soon as he transformed into Wonder-Naze. Suffice to say that he would risk being particularly shaken. And very often.

6- A gigantic finger of honor

The best gift for an emotional motherfucker? Cross it and ignore it. Better: meet him and uncheck our most beautiful smile. And continue our journey solo and fulfilled or with a good guy. Much more powerful than a slew of insults or rivers of tears. Not sure he appreciates this delicate inattention … 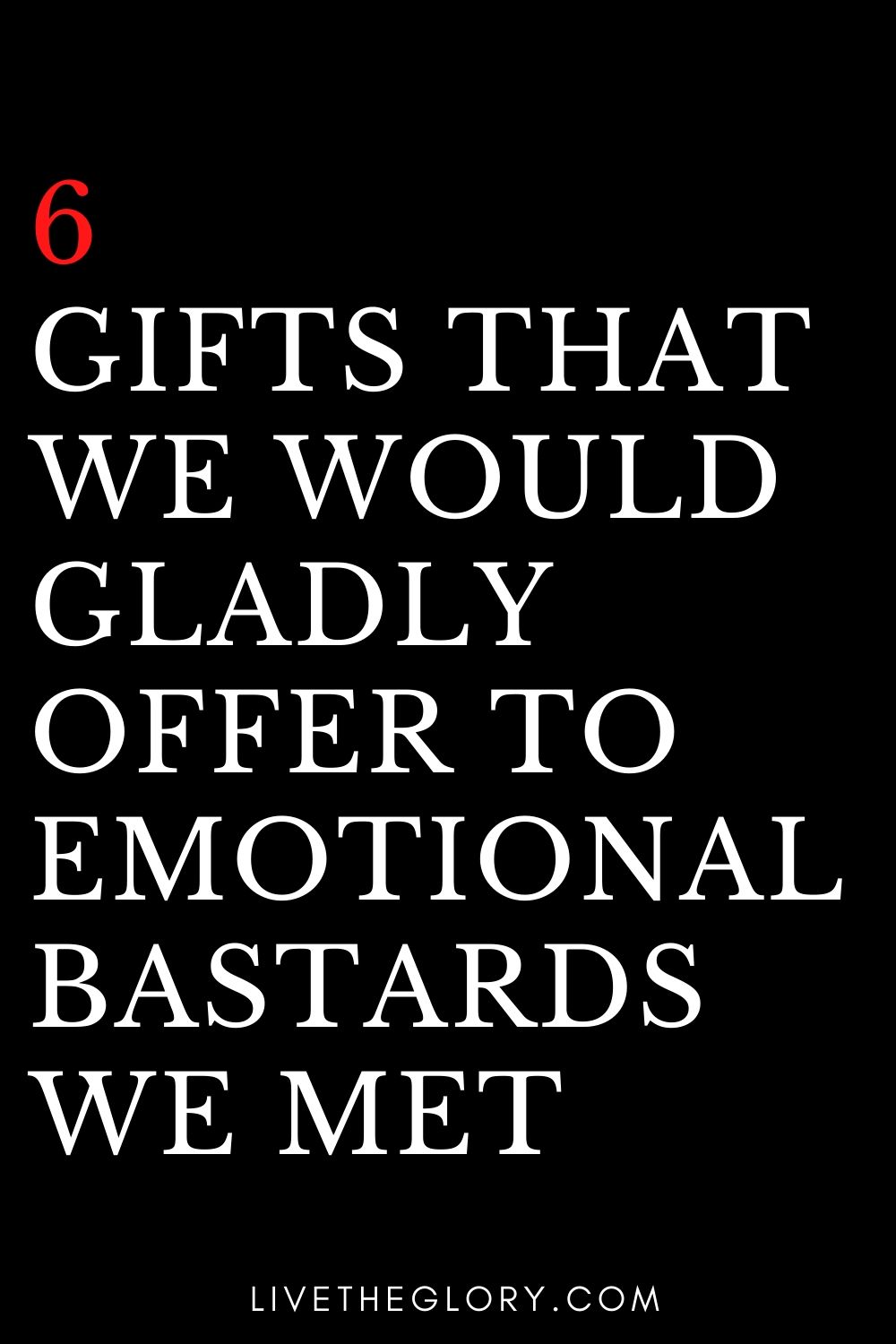