Physical attraction is a mysterious phenomenon that even science sometimes has a hard time understanding. For example, the researchers noted some of the characteristics that could make a man attractive, and some are surprising to say the least.

What makes us crack in a guy is not necessarily what we thought. Indeed, we have all kinds of unconscious criteria. A quick overview of these seduction tools proven by science.

To multiply their chances of concluding, men and women mostly attract people with an “equivalent” level of attractiveness. These are the findings of a study by researchers at the University of California, Berkeley. “If you hit on someone who is within your reach, it avoids two things,” psychologist Mark Sergeant told The Independent . And the explanation is very simple: if the other is much more attractive than us, we will worry that he leaves us and does not find “better”. If it is much less attractive, we will tend to tell ourselves that we “deserve better”. By choosing a partner whose threshold

2- Have a “comfortable” standard of living

Did you think you were ready to live on love and fresh water? However, a 2010 study by the University of Wales Institute found that men who viewed themselves in luxury cars were more likely to be seen as attractive than those who, for the purposes of the study , were in a red Ford Fiesta.

In a 2013 study by researchers at the University of New South Wales , the researchers found that women found men more attractive when they wore beards . A symbol of maturity and masculinity, according to the authors of the study, generally considered “very attractive” by the female gender.

In a 2014 study by the Ruppin Academic Center in Israel and the University of Michigan , women who saw a man walking with a dog would more likely see him as a long-term partner. Scientists say a man with a pet sends a signal to women that he can make long-term commitments. He would also pass for someone more relaxed, accessible and happy.

An intercultural study including participants from China, England, Germany and the United States found that women were more attracted to men dressed in red. To reach these conclusions, participants were asked to examine snapshots of men wearing either red or green shirts, and to assess their level of attractiveness. The men wearing red were given higher ratings, without the participants even noticing that the color influenced their perception.

Psychologists call it the “George Clooney effect” . A 2010 study of 3,770 heteros exual adults concluded that women would often prefer older men. According to psychologists, one of the possible reasons would be that younger women and older men agree well because, while fertility ceases at menopause in women, it can extend longer for many men.

What if the expression said the right thing and that women succumbed more readily to a funny man? In any case, many studies confirm that women are more attracted to guys who make them laugh. Logical, at the same time, who would want to spend life or even the night with a boring and sad guy like stones?

A 2014 study by researchers at the University of Alaska in the United States found that women are more naturally attracted to men who take what researchers call “hunter-gatherer risks”. that is, those who engage in certain risk situations rather than those who do not. And if all the s exy guys are not mountain biking, bungee jumping or scuba diving, the average risks they take would also boost their s ex appeal. For example, if they hack an academic document or install virus protection software on your computer, you may well capsize.

You probably thought that a breath full of garlic was unacceptable? Well, on the contrary, it turns out that men who have consumed garlic would be more attractive. At least, these are the findings of a recent study of 40 women. The latter have mostly found men having consumed more “attractive” and “pleasant”.

A 2013 study by researchers from the United Kingdom found that women found that men volunteering were more attractive than others to make a long-term commitment. In fact, 30 women were shown snapshots of men accompanied by a short description of their hobbies. Those who volunteered and clarified it were considered more attractive, making them more willing to get involved.

In a 2009 study , researchers from the University of Liverpool and the University of Stirling showed photos of 24 men and 24 women after adding facial scars by computer. Then, they showed them to 200 men and women to see if it affected their attractiveness and whether or not they wanted to engage with them. Results: not only the scars were not a curb on the attraction, but they made women even more want to be tempted by an idyll with them. As for women, their scars made them absolutely no less attractive. No need to continue to complex on this brand anchored on your forehead. 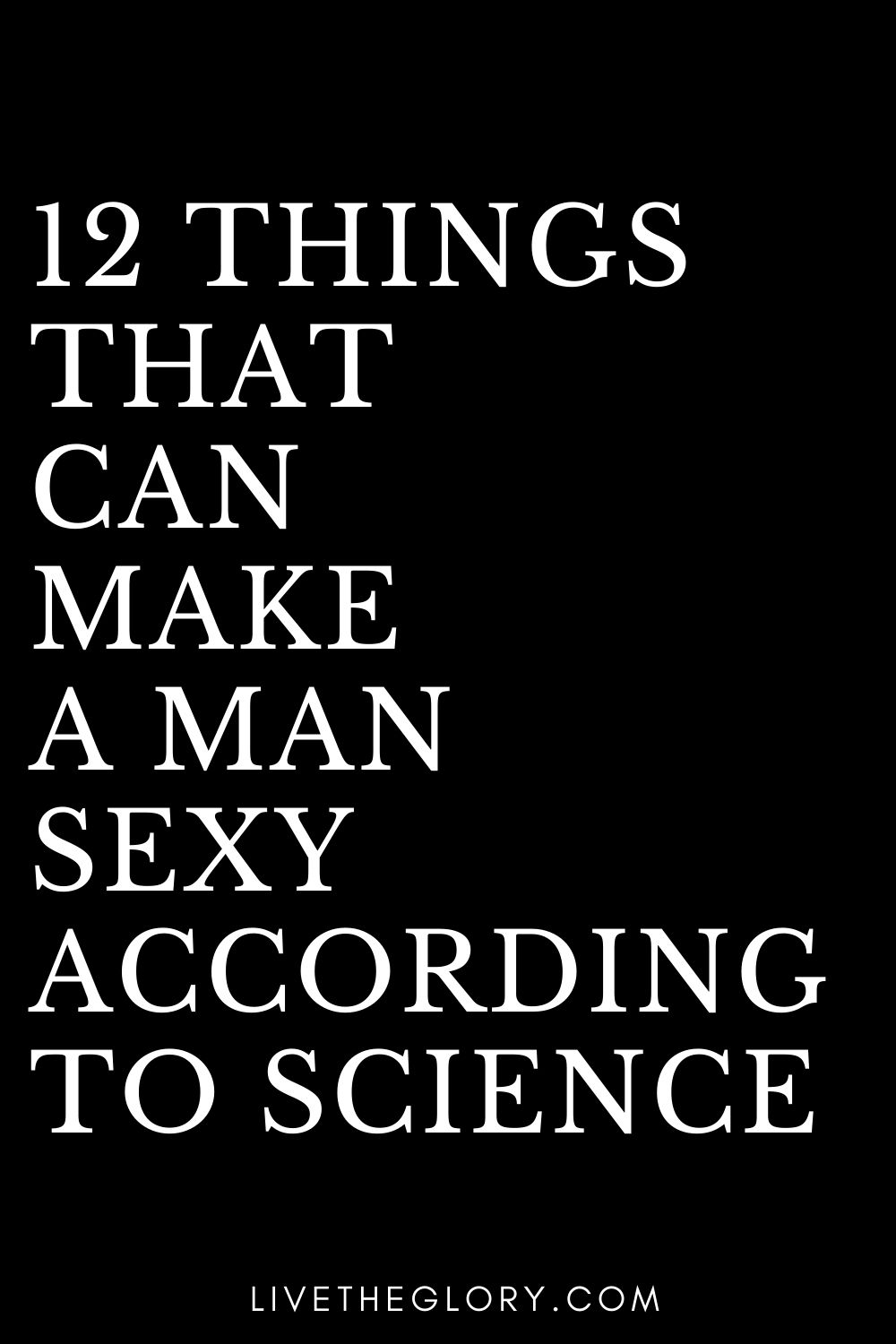