10 things every man tries to hide from his wife

Men are known to have their own little secret area where they take refuge as soon as they have a problem, either to think with a rested head or because they have a thought that they prefer not to share. This little refuge stirs the curiosity of women who try by all means to know what is going on there. In this article, we will allow you ladies to take a quick look. Discover the 10 things that men hide from their wives! 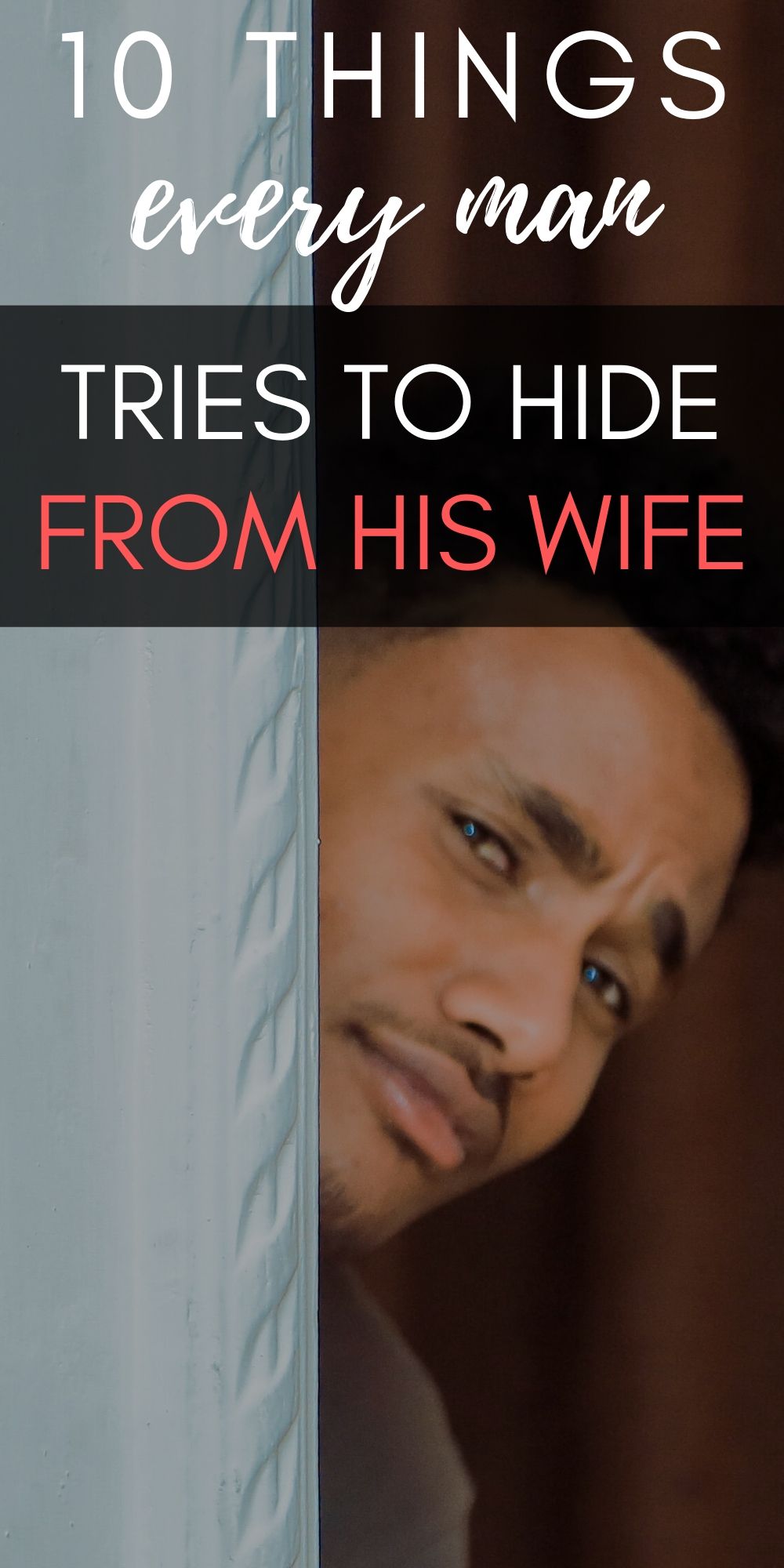 10 things a man hides from his wife:

Even if he is currently more mature and his physical appearance still earns him admiring looks from the fairer sex, a man will always think with a little hint of regret at his 25 years. This does not mean that he will leave you for a bimbo several years younger or that he will join a rock band, but knowing it will help you to understand it a little better when he arrives happy with his last acquisition : an original CD of his favorite youth band or a leather jacket decorated with studs.

Men generally like women who are fulfilled and confident, but when it comes to their performance behind the wheel, they become quite reluctant. Despite all their efforts to believe in you, they are reduced to a mass of trembling flesh as soon as you turn the ignition key. It’s only their diplomatic side that keeps them from telling you that they feel like a crash test dummy every time they pass the passenger side.

Women often take the time to reconsider and analyze their relationship, and do not hesitate to share their conclusions with their partner. However, the latter, even if he nods his head by way of approval and that he declares to understand you, this is not the case! Not because of a lack of will, but rather because the region of the brain he will use to understand is already used to store information about his hobbies, favorite sports and latest models of cars!

4 – He will lie to you to avoid arguments

Lying, even if it comes from a good intention, is not the best thing to do. However, men sometimes use it to calm the tense atmosphere of their relationship with their partner or to avoid an argument. So they will pretend to agree or that they admit their wrong not to see you riding on your big horses!

Do we not often hear that men are children’s souls hidden in the bodies of adults? It is true that our big babies like to be cuddled, pampered and forgiven each time they derail, they are however very anxious to find themselves facing a certified copy of their mother. Even if they have an infallible love for the latter, she still retains a spectrum of authority, a bit… castrating!

6 – He has a rather delicate self-esteem

Some men have no trouble admitting or laughing at their faults, their ego remains a red line not to be approached. Very sensitive on this point, many men need to be reassured and to know that they are, in the eyes of their women, the best partners and the most successful lovers. If they ever doubt their importance in the couple, their ego takes a big hit!

7 – Sometimes he just wants you to shut up

Men and women have different communication skills because their brains organize themselves in two different ways. Men tend to be less inclined to speak and put words into their feelings, which means that their effort to do so in the office uses up all their energy. This is why, when they return, they generally have only one desire: to enjoy a soothing and restorative silence.

8 – He is afraid of commitment, even after taking the plunge

Men are not all the same, that is why we find those who kneel down to ask for the hand of their sweetheart and promise her love and fidelity for eternity … and the others! Those who keep collecting conquests and playing Don Juan in modern times. Besides, admitting that they will have to settle down sooner or later takes them a few years or even a few decades.

9 – He has sexual fantasies

Don’t ask him, he’ll deny it! And even if he admits it, he’ll never tell you what kinds of fantasies are going through his head. Don’t take it the wrong way, because it’s a normal phenomenon – women also have their little hidden fantasies – but moreover, her desire to keep them secret comes rather from her fear of being misunderstood, or worse misjudged.

Beneath their iron shell and their steel men outside, men also fear, but excellent in the art of concealing it! So, even if his heart is pounding at the sight of a spider, or if he has tears in his eyes just by thinking that he may one day lose a loved one, he will display an impassive face and will bury his emotion at the bottom of his being.