10 Reasons Why It Is Harder To Find Love For...

1. It is more difficult for them to open their hearts to others.

Because it is the most fragile and vulnerable part of themselves, sensitive people tend to take longer to trust someone because they know their love is strong and they are more likely to suffer so they must be very careful about the person to whom they open their hearts.

2. They do not know how to go beyond small things.

They don’t forget easily and the smallest thing can really upset them. Because they are extremely sensitive, it is more difficult for them to find a partner who understands why a particular comment – which seems normal – upsets them or why they take it personally.

3. They always react by feelings and not by logic.

It is not very common for sensitive people to react with logic, especially when it comes to heart problems. They do not always know how to control their emotions because it is generally their main driver and few people know how to deal with sensitive people or how to manage their predominant emotions.

4. They are afraid of letting go completely.

Because they know how hard it is for them to deal with heartache, they usually take small steps when they like someone until they are sure that the feelings are shared and mutual because they do not want to spoil their love with someone who is not serious with them.

5. They go out with someone to find love, not for a night out.

This is why modern dating is their worst nightmare. For them dating someone is a stepping stone to a serious relationship or commitment, it is not something they do when they are bored or want to explore their options.

6. It is more difficult for them to take the first step.

They are terrified of rejection because of the emotional effect it will have on them and they will not have the guts to take the leap unless someone makes it obvious that he / she is interested or that someone one takes the initiative.

7. They have an important need to be reassured.

Sensitive people also tend to think too much, which is why they constantly question the feelings or intentions of the other and they over-analyze the meaning of each word and the reason for which they were spoken. In order to be reassured, they need the person to constantly remind them of how they really feel about them and why they chose them.

8. They are deep and they only crave deep relationships.

They do not have transient connections or profitable friends and the world of modern flirting is not for them because when they like someone, they want to get to know them more deeply and they want to be able to talk to them about deep topics in their lives or in the world.

9. It is more difficult for them to move on after a heartache.

It will always haunt them in new relationships and it will always interfere with their judgment because they do not want to feel that again and because they are probably still healing. Sensitive people need more time to learn how to love and trust someone again, and that is why some people can repel it when they trigger the same heartbreaking feelings they may have experienced with someone. ex.

10. It is more difficult for them to find someone who can understand them.

Because it is in their nature to love and to feel everything so deeply, and that their love is always pure and true. They often find it difficult to find a partner who understands and appreciates it. They are just waiting for the person who will not take their love for granted and who will not humiliate them for their sensitivity. 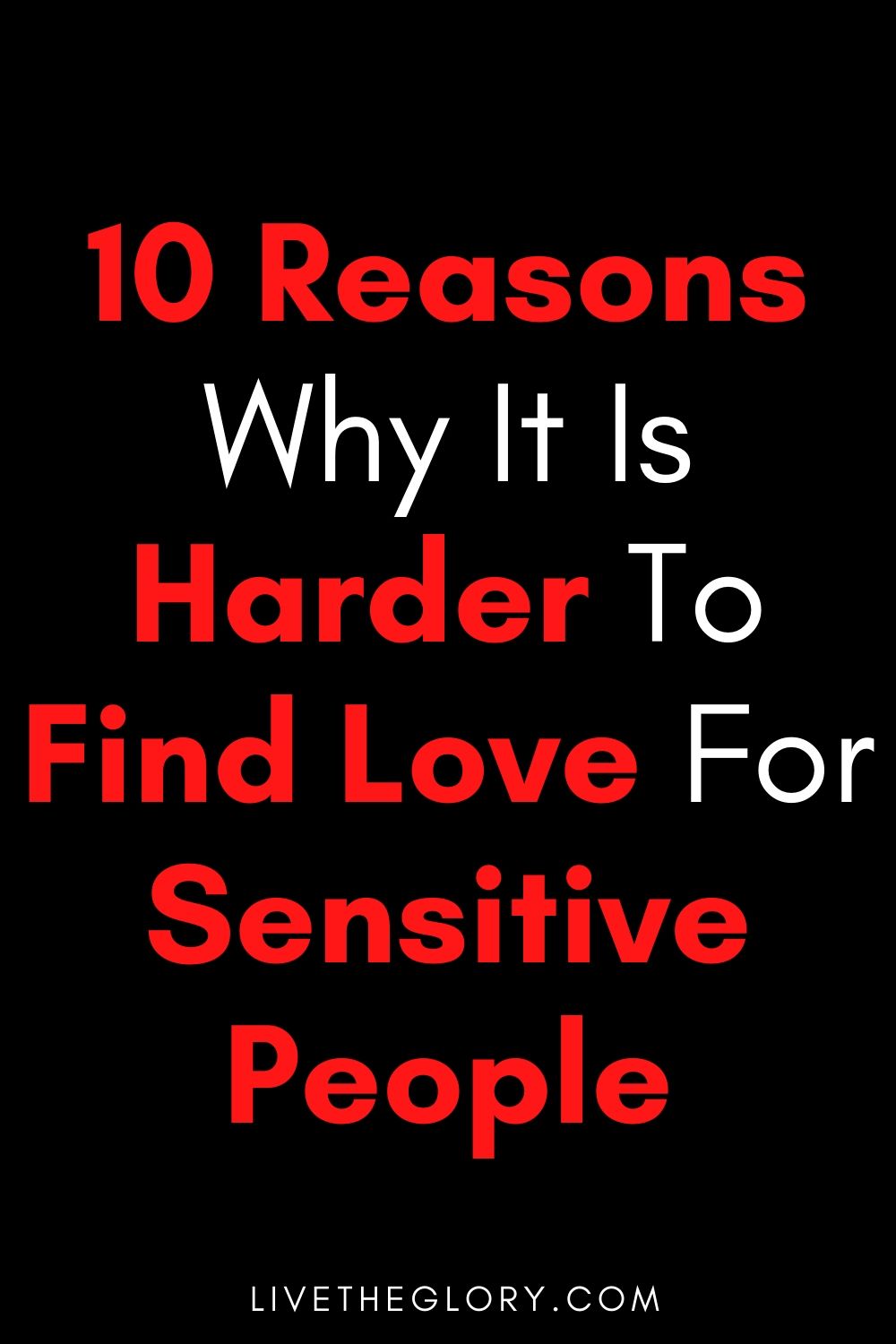